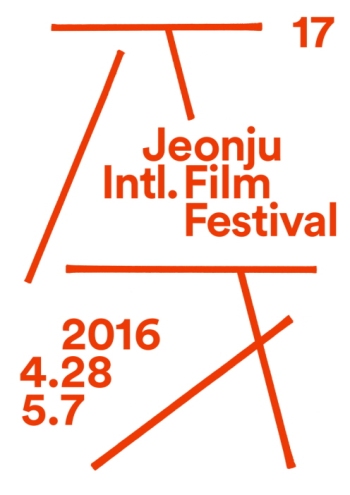 As Korea’s primary showcase for independent cinema, the Jeonju International Film Festival always has a surprise or two waiting for cineastes in the film line-up.

Running from April 28th ~ May 7th, and now in its 17th year, JIFF’s priority in debuting new filmmaking talent from the peninsula is simultaneously exciting as well as difficult to pin down emerging talent, making discoveries of potential break out stars even more thrilling to uncover.

While it’s certainly challenging to select possible highlights at such an early stage, there are a few clues and rumours that point to potentially memorable cinematic works.

Spy Nation is without a doubt one of the most controversial films to appear at JIFF this year. Directed by former professional journalist Choi Seungho, the documentary explores alleged corruption in the upper echelons of the Korean government and the national spy agency, accusations that the mainstream media has largely ignored. Spy Nation has the potential to cause outcry on a similar scale as the Sewol documentary at Busan Film Festival in 2014, and is a must-see for those with an interest in Korean culture and K-cinema.

JIFF’s other highly controversial documentary, Seven Years examines the situations that have led to the firing of 17 journalists since former President Lee Myung-bak’s time in office began. Director Kim Jinhyuk details their fight to expose the activities of big corporations and press censorship in Korea, as well as the future of investigative journalism in the peninsula. 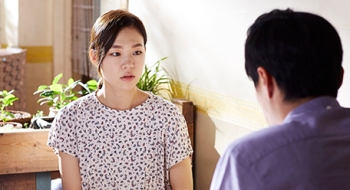 It’s always a gamble to select films from the Korean Competition as they are from first time filmmakers, however Worst Woman stands out for one reason – Han Ye-ri. Han Ye-ri is a highly talented actress as her turn in Sea Fog can attest, and her decision to star in this film as a woman in considerable trouble who befriends a sensitive author is reason enough to check it out. 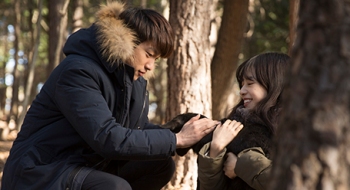 One of the Jeonju Project films (the other is below), A Stray Goat has already garnered attention in Korea due to Got7’s Junior (real name Park Jinyoung) starring role. Alongside Ji-woo (Cart, Fists of Legend), the duo portray youngsters who form a deep bond due to the verbal and physical abuse they suffer, in a world that shuns them into the margins of society.

Director Kim Kyunghyung, known for his wit in hit films My Tutor Friend (2003) and Liar (2004) returns to the big screen with Woo-joo’s Christmas. The story follows Woo-joo and her daughter who move to a small town to open a cafe, where they experience odd coincidences with the women who already live there. As modern cinema is so dominated by male-centered stories, Woo-joo’s Christmas has the potential to be a genuinely refreshing experience. 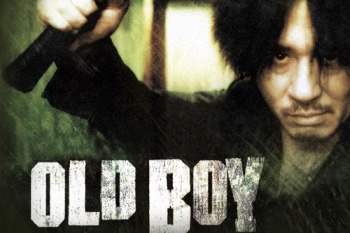 Another documentary makes the list, this time in the form of celebrating arguably the most internationally recognised Korean film of all time – Park Chan-wook’s Old Boy. Director Han Sun-hee compiles footage of the film’s enormous success alongside interviews with director Park, the cast, and crew, as they recount the phenomenal achievements Old Boy amassed and why the film stands the test of time. A must for Korean film fans. 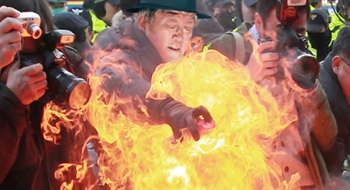 The second K-film in the Jeonju Cinema Project is by director Kim Soohyun, the talent behind queer film Life is Peachy (aka Ashamed) and So Cute. He returns with black comedy Great Patrioteers, about a wayward young ‘keyboard warrior’ and a right-wing senior citizen who form an unlikely relationship under odd circumstances. 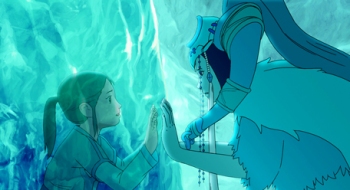 Korean animation has been making great gains in recent years, and director Lee Sung-gang’s Kai looks set to continue the trend as the stills look absolutely gorgeous. The film follows Kai, a youngster who is tasked with saving his village from Snow Queen Hattan who has covered the area in ice. Parallels to Disney’s Frozen are likely, but the images released indicate that Kai will be a uniquely Korean offering and possibly one of the more popular outdoor screening events.

For Korean cinema, 2019 was a year that saw the continuation of trends that have been readily apparent for the past several years - an increasing number of big blockbuster/commercially-orientated films with high production values, and the decreasing quality of creative, engaging, and memorable stories. That is not to say the talent has disappeared of... END_OF_DOCUMENT_TOKEN_TO_BE_REPLACED
2018 was quite a bizarre year for Korean cinema. The year began much like any other. The first few months of the year were typically dedicated to family-friendly fare. News of Korean films that were... END_OF_DOCUMENT_TOKEN_TO_BE_REPLACED
While the films released throughout any particular year are indicative of a country's identity, for Korean cinema in 2017 the exploration of political and social issues were especially revealing of the cultural shift that has... END_OF_DOCUMENT_TOKEN_TO_BE_REPLACED

Acclaimed actress Jeon Do-yeon is to be honoured at the 21st Bucheon International Fantastic Film Festival (BiFan) this year, in celebration of her 20 year career that began with Contact back in 1997. Entitled 'Contact, Jeon Do-yeon,' the special program is dedicated to the revered actress and will feature highlights from her incredible filmography, including Secret Sunshine... END_OF_DOCUMENT_TOKEN_TO_BE_REPLACED
Director Kim Jong-Kwan is well-known to fans of independent Korean cinema. A graduate of the Seoul Institute of the Arts, his short film How to Operate a Polaroid... END_OF_DOCUMENT_TOKEN_TO_BE_REPLACED
We are just one week away from the start of the 2nd Korea International Expat Film Festival (KIXFF).  Festival director Kevin Lambert took some time from his busy schedule to answer questions about the festival which... END_OF_DOCUMENT_TOKEN_TO_BE_REPLACED

Having a film selected to premiere at the Cannes Film Festival is an incredible achievement - having two is quite extraordinary. Yet that is precisely what director Hong Sang-soo has done, as The Day After (그 후) and Claire's Camera (클레어의 카메라) are due to be screened, with both films starring actress Kim Min-hee. Selected for the 'In Competition'... END_OF_DOCUMENT_TOKEN_TO_BE_REPLACED
The Villainess (악녀) has received an explosive trailer in the run-up to its debut at the Cannes Film Festival on May 21st. Appearing in the 'Out of Competition - Midnight Projections' program, writer/director Jung Byung-gil's latest... END_OF_DOCUMENT_TOKEN_TO_BE_REPLACED
Director Bong Joon-ho's Okja (옥자) is almost upon us. The highly anticipated science-fiction/drama is set to premiere In Competition at the Cannes Int. Film Festival on May 19th, before appearing on Korean cinema screens around June... END_OF_DOCUMENT_TOKEN_TO_BE_REPLACED
Join 143 other followers