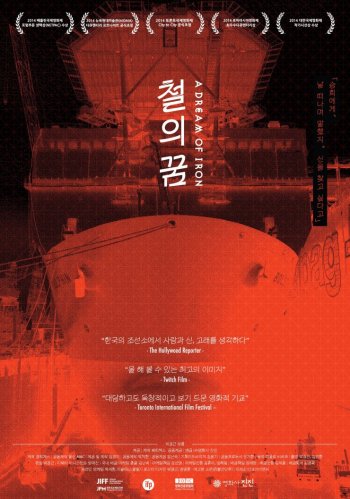 When his partner decides to end to their relationship in order to become a Buddhist monk, director Kelvin Kyung Kun Park is devastated. Unable to understand her desire to reject contemporary civilisation in search of spiritual enlightenment, director Park decides to search for something tangible and godly to win her back. Yet in his quest to do so the director begins to explore Korea’s recent history, and becomes aware of human kind’s complex relationship with what is considered holy.

The composition is consistently stunning

A Dream of Iron is a gorgeously shot, beautifully sincere documentary. Director Park fully displays his history as an artist with some truly majestic cinematography that rarely fails to leave mouths agape, and is a stunning testament to human kind’s unbridled ambition and search for the divine. Premiering at the 2014 Berlinale and awarded the NETPAC Prize (alongside fellow Korean documentary, Non-Fiction Diary), A Dream of Iron has been turning heads internationally for it’s sensitivity and depth in attempting to find God in modernity.

Director Park elegantly combines imagery from different periods of Korean history in exploring how spiritualism has evolved. Early Koreans worshipped whales as heralds of the divine, and their grace and mysterious grandeur are artfully captured throughout the film. Such scenes are contrasted with Buddhist ceremonies whose monks attempt to achieve enlightenment through rituals, and with the modern age in a shipbuilding steelworks. In each instance the camerawork, cinematography and use of colour are absolutely sumptuous. The gentle and tranquil blue hues of life under the ocean are juxtaposed with the burning reds and yellows of molten metal at the steelworks, eloquently articulating how humanity has exchanged heavenly creatures for a hellish landscape in the pursuit of conquering, and recreating, godliness. 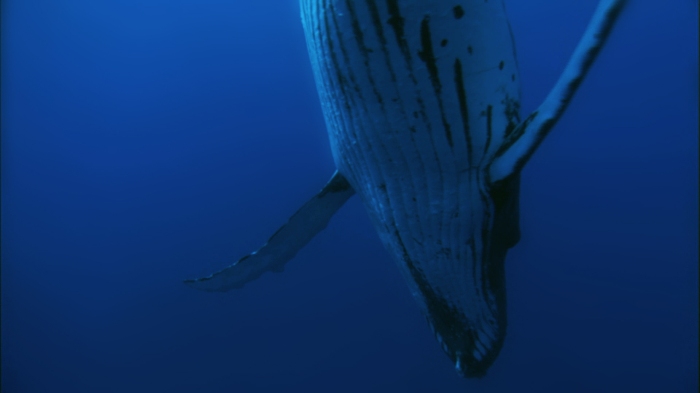 In examining the transition, director Park employs historical footage of former dictator Park Chung-hee and his unrestrained fervour for modernity. In telling scenes the director depicts how Park systematically destroyed the old to make way for his new vision, and in one particularly effective moment cuts from a whale to a sign baring ‘HYUNDAI’, acutely conveying the exchange of deities. Rather than examining the chaebols (Korean companies) however, A Dream of Iron is focused on POSCO (Pohang Iron and Steel Company) and the history of the organisation. The old footage of steelworkers and the history of protest within Korea is a consistently fascinating viewing experience, while the religious terminology used by the corporation itself lends itself to director Park’s themes all too easily.

The music throughout A Dream of Iron is incredibly well used, particularly in the jaw-dropping aerial shots of the shipyard and the Park Chung-hee era. The sense of foreboding and darkness that is created through such sequences are powerful and provocative, particularly when contrasted with notions of the divine from prior eras. As the director explores the contrast ever further, both he and the audience gradually being to understand that his ex-partner may well have a strong case to leave after all.

A Dream of Iron is a gorgeously shot documentary by director Kelvin Kyung Kun Park that explores Korea’s difficult relationship with notions of the divine. By contrasting scenes of majestic whales, Buddhist ceremonies, and hellish scenes from the POSCO steelworks, director Park has crafted an elegant and powerful examination of Korean modernity. The film’s success in achieving the NETPAC award at Berlinale is wholly justified as A Dream of Iron is a stunning testament to human nature’s unbridled ambition.

For Korean cinema, 2019 was a year that saw the continuation of trends that have been readily apparent for the past several years - an increasing number of big blockbuster/commercially-orientated films with high production values, and the decreasing quality of creative, engaging, and memorable stories. That is not to say the talent has disappeared of... END_OF_DOCUMENT_TOKEN_TO_BE_REPLACED
2018 was quite a bizarre year for Korean cinema. The year began much like any other. The first few months of the year were typically dedicated to family-friendly fare. News of Korean films that were... END_OF_DOCUMENT_TOKEN_TO_BE_REPLACED
While the films released throughout any particular year are indicative of a country's identity, for Korean cinema in 2017 the exploration of political and social issues were especially revealing of the cultural shift that has... END_OF_DOCUMENT_TOKEN_TO_BE_REPLACED

Acclaimed actress Jeon Do-yeon is to be honoured at the 21st Bucheon International Fantastic Film Festival (BiFan) this year, in celebration of her 20 year career that began with Contact back in 1997. Entitled 'Contact, Jeon Do-yeon,' the special program is dedicated to the revered actress and will feature highlights from her incredible filmography, including Secret Sunshine... END_OF_DOCUMENT_TOKEN_TO_BE_REPLACED
Director Kim Jong-Kwan is well-known to fans of independent Korean cinema. A graduate of the Seoul Institute of the Arts, his short film How to Operate a Polaroid... END_OF_DOCUMENT_TOKEN_TO_BE_REPLACED
We are just one week away from the start of the 2nd Korea International Expat Film Festival (KIXFF).  Festival director Kevin Lambert took some time from his busy schedule to answer questions about the festival which... END_OF_DOCUMENT_TOKEN_TO_BE_REPLACED

Having a film selected to premiere at the Cannes Film Festival is an incredible achievement - having two is quite extraordinary. Yet that is precisely what director Hong Sang-soo has done, as The Day After (그 후) and Claire's Camera (클레어의 카메라) are due to be screened, with both films starring actress Kim Min-hee. Selected for the 'In Competition'... END_OF_DOCUMENT_TOKEN_TO_BE_REPLACED
The Villainess (악녀) has received an explosive trailer in the run-up to its debut at the Cannes Film Festival on May 21st. Appearing in the 'Out of Competition - Midnight Projections' program, writer/director Jung Byung-gil's latest... END_OF_DOCUMENT_TOKEN_TO_BE_REPLACED
Director Bong Joon-ho's Okja (옥자) is almost upon us. The highly anticipated science-fiction/drama is set to premiere In Competition at the Cannes Int. Film Festival on May 19th, before appearing on Korean cinema screens around June... END_OF_DOCUMENT_TOKEN_TO_BE_REPLACED