The quick-fire reviews featured here are from the Polemics: The Constellation of the Violence Against Women (쟁점: 보이지 않는 – 폭력의 관계구조) section:

Bad Scene depicts the story of struggling actress Jin-hong who, due to her 28 years of age, fails to get the part of a high school student. However there is a role in the film suitable for her, but it involves a lot of nudity. Writer/director Jeon Go-woon (전고운) explores the internal conflict of a woman who wishes to succeed yet must use her body to do so, highlighting the serious issue of the physical exploitation of women in the workplace. Yet ironically the strength of the film doesn’t lie in the main story, but in events that surround it. Jin-hong tapes her breasts to be upright and perky, and sexualizes herself in school uniform, even before the nude role is offered.  In attempting to prepare for the sex scene, Jin-hong asks a male friend to help but in doing so is almost raped, as he protests that she, “started it.”  The psychological and psychical exhaustion she suffers are clear throughout, yet the main problem with Bad Scene is that in depicting her private life the film loses focus on the actual ‘bad scene’ itself and the way women are exploited on camera. A moving and thought-provoking drama that could of benefited from greater focus and/or an extra ten minutes for exploration. 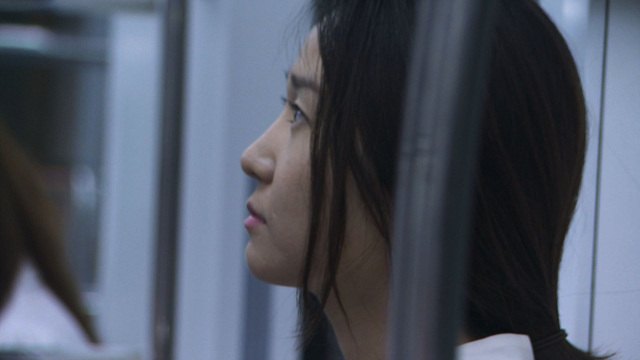 Director Lee Min-beh (이민배) explores the ‘male gaze’ and the hypocrisy of masculinity in Deviation. On the subway Su-jin overhears men discussing the leak of a sex tape by a prominent actress, and the rampant misogyny in their ideology as they chastise the actress yet are excited by watching it. However the film then takes an awkward turn as Su-jin visits a police station due to the arrest of her boyfriend, who has been secretly taking pictures of women’s legs. The hypocrisy of the officers is explored as they accuse the boyfriend of perversion yet do so themselves, and make up appallingly sexist reasons for  the crime. Much of the running time is spent in the station which is unfortunate, as the conversations are generally pushed too far beyond the realm of believability for it to be of consequence. Yet director Lee does finish on an ironic and pertinent end note, by directly accusing the audience of sexism through the voyeurism of the camera itself, which is a nice touch. 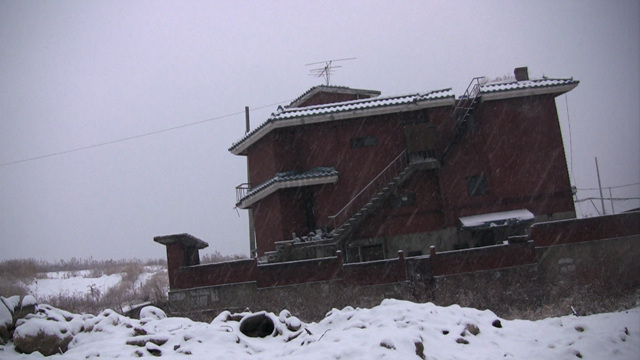 Documentary My No Mercy Home is a powerful viewing experience, as director Aori (아오리) follows the court case of a young woman – nicknamed ‘Dolphin’ – as she sues her father for rape and sexual assault which commenced in the 8th grade. Yet what is truly shocking about this real-life story is how Dolphin’s family accuse her of lying, despite the evidence to the contrary, and ex-communicated by the mostly female members of the family. Technically the film is quite rough-around-the-edges, yet Dolphin’s story is so heart-breakingly sincere that it highly compelling, albeit difficult, viewing. One of the wonderful elements of My No Mercy Home is the emphasis on other women as villains; while the father is responsible for rape, it is Dolphin’s mother, aunt and sisters, as well as an ex-boyfriend’s mother and various others figures, who turn their backs on the truth and Dolphin’s suffering. While it would have benefited from greater technical prowess, the film is a  sincere and moving documentary.

For Korean cinema, 2019 was a year that saw the continuation of trends that have been readily apparent for the past several years - an increasing number of big blockbuster/commercially-orientated films with high production values, and the decreasing quality of creative, engaging, and memorable stories. That is not to say the talent has disappeared of... END_OF_DOCUMENT_TOKEN_TO_BE_REPLACED
2018 was quite a bizarre year for Korean cinema. The year began much like any other. The first few months of the year were typically dedicated to family-friendly fare. News of Korean films that were... END_OF_DOCUMENT_TOKEN_TO_BE_REPLACED
While the films released throughout any particular year are indicative of a country's identity, for Korean cinema in 2017 the exploration of political and social issues were especially revealing of the cultural shift that has... END_OF_DOCUMENT_TOKEN_TO_BE_REPLACED

Acclaimed actress Jeon Do-yeon is to be honoured at the 21st Bucheon International Fantastic Film Festival (BiFan) this year, in celebration of her 20 year career that began with Contact back in 1997. Entitled 'Contact, Jeon Do-yeon,' the special program is dedicated to the revered actress and will feature highlights from her incredible filmography, including Secret Sunshine... END_OF_DOCUMENT_TOKEN_TO_BE_REPLACED
Director Kim Jong-Kwan is well-known to fans of independent Korean cinema. A graduate of the Seoul Institute of the Arts, his short film How to Operate a Polaroid... END_OF_DOCUMENT_TOKEN_TO_BE_REPLACED
We are just one week away from the start of the 2nd Korea International Expat Film Festival (KIXFF).  Festival director Kevin Lambert took some time from his busy schedule to answer questions about the festival which... END_OF_DOCUMENT_TOKEN_TO_BE_REPLACED

Having a film selected to premiere at the Cannes Film Festival is an incredible achievement - having two is quite extraordinary. Yet that is precisely what director Hong Sang-soo has done, as The Day After (그 후) and Claire's Camera (클레어의 카메라) are due to be screened, with both films starring actress Kim Min-hee. Selected for the 'In Competition'... END_OF_DOCUMENT_TOKEN_TO_BE_REPLACED
The Villainess (악녀) has received an explosive trailer in the run-up to its debut at the Cannes Film Festival on May 21st. Appearing in the 'Out of Competition - Midnight Projections' program, writer/director Jung Byung-gil's latest... END_OF_DOCUMENT_TOKEN_TO_BE_REPLACED
Director Bong Joon-ho's Okja (옥자) is almost upon us. The highly anticipated science-fiction/drama is set to premiere In Competition at the Cannes Int. Film Festival on May 19th, before appearing on Korean cinema screens around June... END_OF_DOCUMENT_TOKEN_TO_BE_REPLACED
Join 143 other subscribers