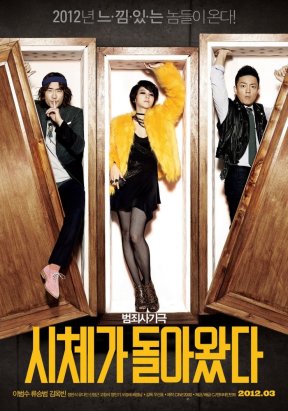 Korean cinema has something of a love affair with partnering a mad-cap group of disparate individuals, who are  given the unenviable task of bringing the corrupt elite to justice. The repetition of such a narrative framework is undoubtedly ideologically founded, yet the translation of the sense of ‘Han’ within the team dynamic is often hit-and-miss. For every The Host (괴물) is a Once Upon a Time (원스 어폰 어 타임); for every Take Off (국가대표) is a Sector 7 (7광구).

Writer/director Wu Seon-ho’s (우선호) foray into the arena is more comically-macabre in nature as an exploited group of individuals attempt to ransom a corpse. As such Over My Dead Body (시체가 돌아왔다)  provides a distinctly fresh approach to the concept yet never manages to fully capitialise on the premise, instead falling back on the tried-and-tested format – and cliches – of its forebearers. Luckily the addition of Ryoo Seung-beom (류승범), who is a charismatic delight throughout, singlehandedly elevates Over My Dead Body out of mediocrity. 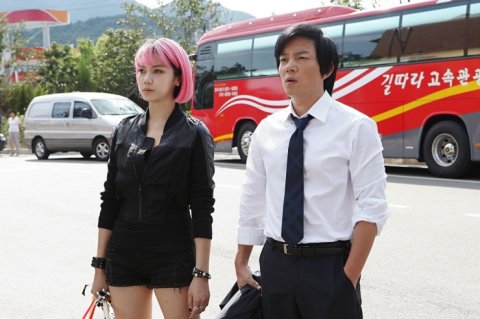 Over My Dead Body begins in a fun but rather odd science-fiction fashion as Hyeon-cheol chases down a corrupt CEO who deals with advanced microchips and lasers. The premise of the film is then quickly set up, as Dong-hwa and Hyeon-cheol – who transforms from science-nerd to attractive middle-aged man in a matter of minutes – go about planning to steal the titular corpse. The duo’s theft is humorous and entertaining, as they fumble their way through security measures and unforeseen circumstances in a bid to complete their mission. The resulting getaway is also highly enjoyable, with Jin-oh’s awakening corpse routine a real highlight of the film.

It’s at this stage that Over My Dead Body seemingly runs out of ideas as a slew of underdeveloped characters are introduced that do little to continue the promising momentum of the first act. These stock characters are all stereotypical in nature, including the unintelligent gangster duo, bumbling National Intelligence Agency officers, and a host of security personal led by a nefarious kingpin. The narrative desperately attempts to juggle everyone and give them adequate relevance, but there are far too many and the story becomes bogged down as the central protagonists move from one set piece to the next. The decision to include such stereotypes also opens up a variety of cliched and predictable scenarios, some of which are humorous while others tend to fall flat, making the narrative lack compulsion with yet another case of mistaken identity and/or betrayal. By including so many narrative threads the central cast suffer from lack of development, particularly Kim Ok-bin (김옥빈) whose talents are vastly under-utilized as she exists merely as ‘the sexy punk girl/love interest.’

Luckily Over My Dead Body is consistently rejuvenated whenever Jin-oh (Ryoo Seung-beom (류승범) appears, as his mixture of whacky antics, deviousness and over-acting are highly comical and drag the narrative out of any slumps that occur. Thanks to his wise inclusion the film never sinks into blandness, and makes the narrative much more compelling to see through to its conclusion. 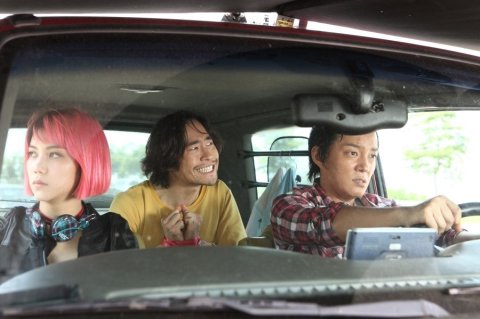 Lee Beom-soo (이범수) is an interesting choice as science nerd Hyeon-cheol, and delivers a competent and likable performance. While he – as with his compatriots – suffers from lack of character development, Lee Beom-soo conducts himself as an intelligent ‘every-man’ well. The director’s decisions in regards to costume make it difficult to convey the character, as he strangely moves from geek to office worker to university student, a feature which is also reflected in his personality as it undergoes dramatic shifts from shy to intelligent to aggressive.

Kim Ok-bin (김옥빈) is generally employed as a sexy love interest in playing Dong-hwa, and aside from inspiring the heist is incredibly undervalued. The actress plays the role of the strong, stubborn punk well yet there are few scenes in which her character is allowed to convey more, with her pink hair and cell phone charms the only indicators to greater depth. An effort is made to connect her with her sick father, yet such sparse time is dedicated it barely registers.

Ryoo Seung-beom (류승범) is seemingly the only actor who understands the tongue-in-cheek farcical nature of the narrative, and over-acts in each scene with wonderful charisma. Yet throughout his performance he also keeps the audience guessing as to whether Jin-oh is a hyper-intelligent fraudster or genuinely mentally unstable, making him a comical and entertaining protagonist within each scene. Again, little depth is ascribed to Jin-oh yet his presence and hyperactivity circumvents criticism in this regard as the film is elevated largely due to him. 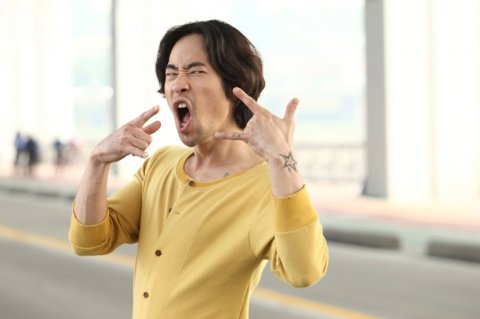 Over My Dead Body (시체가 돌아왔다) offers an interesting and comically-macabre spin on the crime heist sub-genre, and often succeeds in being entertaining throughout due to the premise. Yet the film largely falls into cliche and predictability following the first act due to the reliance upon an array of stock characters and a lack of inventiveness.  However Ryoo Seung-beom’s (류승범) presence consistently raises the film, and fans of the actor will not be disappointed as Over My Dead Body is an enjoyable film largely thanks to him.

For Korean cinema, 2019 was a year that saw the continuation of trends that have been readily apparent for the past several years - an increasing number of big blockbuster/commercially-orientated films with high production values, and the decreasing quality of creative, engaging, and memorable stories. That is not to say the talent has disappeared of... END_OF_DOCUMENT_TOKEN_TO_BE_REPLACED
2018 was quite a bizarre year for Korean cinema. The year began much like any other. The first few months of the year were typically dedicated to family-friendly fare. News of Korean films that were... END_OF_DOCUMENT_TOKEN_TO_BE_REPLACED
While the films released throughout any particular year are indicative of a country's identity, for Korean cinema in 2017 the exploration of political and social issues were especially revealing of the cultural shift that has... END_OF_DOCUMENT_TOKEN_TO_BE_REPLACED

Acclaimed actress Jeon Do-yeon is to be honoured at the 21st Bucheon International Fantastic Film Festival (BiFan) this year, in celebration of her 20 year career that began with Contact back in 1997. Entitled 'Contact, Jeon Do-yeon,' the special program is dedicated to the revered actress and will feature highlights from her incredible filmography, including Secret Sunshine... END_OF_DOCUMENT_TOKEN_TO_BE_REPLACED
Director Kim Jong-Kwan is well-known to fans of independent Korean cinema. A graduate of the Seoul Institute of the Arts, his short film How to Operate a Polaroid... END_OF_DOCUMENT_TOKEN_TO_BE_REPLACED
We are just one week away from the start of the 2nd Korea International Expat Film Festival (KIXFF).  Festival director Kevin Lambert took some time from his busy schedule to answer questions about the festival which... END_OF_DOCUMENT_TOKEN_TO_BE_REPLACED

Having a film selected to premiere at the Cannes Film Festival is an incredible achievement - having two is quite extraordinary. Yet that is precisely what director Hong Sang-soo has done, as The Day After (그 후) and Claire's Camera (클레어의 카메라) are due to be screened, with both films starring actress Kim Min-hee. Selected for the 'In Competition'... END_OF_DOCUMENT_TOKEN_TO_BE_REPLACED
The Villainess (악녀) has received an explosive trailer in the run-up to its debut at the Cannes Film Festival on May 21st. Appearing in the 'Out of Competition - Midnight Projections' program, writer/director Jung Byung-gil's latest... END_OF_DOCUMENT_TOKEN_TO_BE_REPLACED
Director Bong Joon-ho's Okja (옥자) is almost upon us. The highly anticipated science-fiction/drama is set to premiere In Competition at the Cannes Int. Film Festival on May 19th, before appearing on Korean cinema screens around June... END_OF_DOCUMENT_TOKEN_TO_BE_REPLACED
Join 143 other followers