Here you will find some of the most prolific Korean directors who have worked, and who are currently working, in the industry. Below features a selection of each director’s most critically acclaimed films, however for a full filmography, as well as a brief biography, please click on the picture or director’s name.

Bio: After making several short – and highly regarded – films, Bong Joon-ho made his feature-length directorial debut in 2000 Barking Dogs Never Bite (플안다스의 개). However the film did not perform well at the box office, and was generally considered a flop. Three years later however…

Bio: Director Choi Dong-hoon is arguably the most commercially successful director working in contemporary Korean cinema. After a stint working as an assistant director under director Im Sang-soo, Choi Dong-hoon debuted with The Big Swindle…

Bio: Hong Sang-soo is one of the most internationally recognised Korean directors working today, with his work often featuring in competition at film festivals around the world. Ironically however, director Hong’s artistic sensibilities…

Bio: Legendary director Im Kwon-taek (임권택) has directed over 100 films during the span of his still-ongoing career, beginning in 1962 with his debut feature Farewell to the Duman River (두만강아 잘 있거라). Since then he has been at the helm of several productions every year, working under military dictatorships… 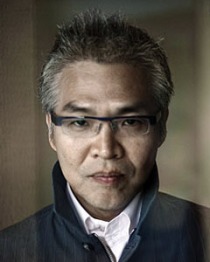 Bio: Director Im Sang-soo is one of Korean cinema’s most risque directors, a reputation earned through his frank and uncompromising exploration of sex, power and corruption, particularly in the social elite…

Bio: Director Jang Hoon was once a protege of internationally renowned director Kim Ki-duk, working together to produce Rough Cut (영화는 영화다) which examined the postmodernist concerns of ‘reality’ and ‘constructed reality’. Much to the chagrin of Kim Ki-duk…

Bio: Director Kang Je-gyu holds the distinction of being one of the contributory factors to the inception of the Korean Wave. While The Gingko Bed (은행나무 침대) was his directorial debut, it was… 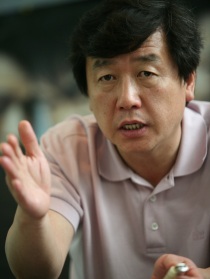 Bio: Kang Woo-suk is arguably the most powerful man in the Korean film industry. Throughout his illustrious career he has operated in a variety of roles, not only as a writer, director and producer on a plethora of films but also in founding Cinema Service, a film production and distribution company. Cinema Service was extremely successful, however…

Bio: Director Kim Han-min made a reputation for himself as a filmmaker to watch with his directorial debut Paradise Murdered (극락도 살인사건) in 2006. While it didn’t break any records, the mystery/thriller film reached number one at the time of it’s release and displayed the potential of the up-and-coming director. Kim Han-min followed with another… 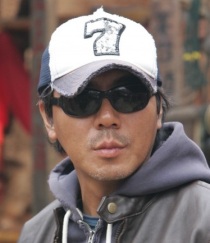 Bio: Direcor Kim Ji-woon is one of the most internationally recognized directors to come from Korea, due to his whimsical and refreshing takes on generic conventions. Winning a screenwriting competition, Kim Ji-woon…

Bio: Director Kim Ki-duk is without a doubt the most prolific and recognizable Korean director. This is not without irony however, as while he enjoys international success – particularly at festivals – domestically he is often snubbed by audiences. The reason for such opposing audience reaction is due to…

Bio: Director Lee Chang-dong is arguably the most consistently excellent visionary within the Korean film industry. Originally working as a novelist and achieving acclaim in the field, Lee Chang-dong turned his attention to writing screenplays. His directorial debut came in 1997…

Bio: Director E J-yong (also known as Lee Jae-young) won awards for several short films before debuting in 1998 with An Affair (정사). The film was a critical and commercial success, becoming one of the most popular films of the year and introduced director E as a filmmaker of considerable merit. An Affair was also responsible for…

Bio: Lee Joon-ik previously worked as a producer, but established himself firmly in the industry as a director in 2003 with the release of Once Upon a Time in a Battlefield…

Bio: Director Lee Myeong-se has achieved auteur status through his ingenious use of colour, cinematography, and innovative technical prowess. His films are incredibly artistic in nature and often cross the boundaries between mainstream and art-house cinema. While other directors strive for greater realism, Lee Myeong-se posits, “What is film?” and…

Bio: Lee Song Hee-il is Korea’s most prominent queer filmmaker. Openly gay in a country where homosexuality is still considered taboo, director Lee Song is credited with making gay issues more mainstream through his debut, the independent film No Regret (후회하지 않아), in 2006. The drama was very well-received upon release, and was one of most successful indie films in Korean cinema history…

Bio: Director Lee Yoon-ki is acclaimed within the Korean film industry as a director who specializes in constructing incredibly sensitive and poignant portrayals of everyday life. Director Lee’s style is based in realism and often features long takes of significant length…

Bio: Director Park Chan-wook is not only one of the most commercially successful Korean directors, but also helmed the…

Bio: Director Ryoo Seung-wan is a director with a keen interest in brotherhood, the depiction and nature of violence, and how such violence in youth can lead characters into either a life of crime or alternately joining the police force. Combined with his postmodernist philosophy…

For Korean cinema, 2019 was a year that saw the continuation of trends that have been readily apparent for the past several years - an increasing number of big blockbuster/commercially-orientated films with high production values, and the decreasing quality of creative, engaging, and memorable stories. That is not to say the talent has disappeared of... END_OF_DOCUMENT_TOKEN_TO_BE_REPLACED
2018 was quite a bizarre year for Korean cinema. The year began much like any other. The first few months of the year were typically dedicated to family-friendly fare. News of Korean films that were... END_OF_DOCUMENT_TOKEN_TO_BE_REPLACED
While the films released throughout any particular year are indicative of a country's identity, for Korean cinema in 2017 the exploration of political and social issues were especially revealing of the cultural shift that has... END_OF_DOCUMENT_TOKEN_TO_BE_REPLACED

Acclaimed actress Jeon Do-yeon is to be honoured at the 21st Bucheon International Fantastic Film Festival (BiFan) this year, in celebration of her 20 year career that began with Contact back in 1997. Entitled 'Contact, Jeon Do-yeon,' the special program is dedicated to the revered actress and will feature highlights from her incredible filmography, including Secret Sunshine... END_OF_DOCUMENT_TOKEN_TO_BE_REPLACED
Director Kim Jong-Kwan is well-known to fans of independent Korean cinema. A graduate of the Seoul Institute of the Arts, his short film How to Operate a Polaroid... END_OF_DOCUMENT_TOKEN_TO_BE_REPLACED
We are just one week away from the start of the 2nd Korea International Expat Film Festival (KIXFF).  Festival director Kevin Lambert took some time from his busy schedule to answer questions about the festival which... END_OF_DOCUMENT_TOKEN_TO_BE_REPLACED

Having a film selected to premiere at the Cannes Film Festival is an incredible achievement - having two is quite extraordinary. Yet that is precisely what director Hong Sang-soo has done, as The Day After (그 후) and Claire's Camera (클레어의 카메라) are due to be screened, with both films starring actress Kim Min-hee. Selected for the 'In Competition'... END_OF_DOCUMENT_TOKEN_TO_BE_REPLACED
The Villainess (악녀) has received an explosive trailer in the run-up to its debut at the Cannes Film Festival on May 21st. Appearing in the 'Out of Competition - Midnight Projections' program, writer/director Jung Byung-gil's latest... END_OF_DOCUMENT_TOKEN_TO_BE_REPLACED
Director Bong Joon-ho's Okja (옥자) is almost upon us. The highly anticipated science-fiction/drama is set to premiere In Competition at the Cannes Int. Film Festival on May 19th, before appearing on Korean cinema screens around June... END_OF_DOCUMENT_TOKEN_TO_BE_REPLACED