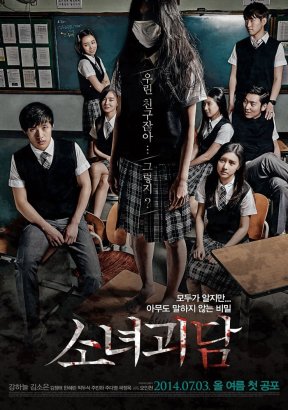 Ever since he was young, high school student In-su (Kang Ha-neul (강하늘) has had the ability to see ghosts. Following a traumatic incident In-su moved to Seoul, only to find that his ‘gifts’ developed further, and apparitions appeared ever more frequently. Finally deciding to give up city life In-su returns to his countryside hometown, reuniting with his agoraphobic shaman uncle Seon-il (Kim Jeong-tae (김정태). Yet almost immediately upon his arrival a mysterious girl ghost (Kim So-eun (김소은) begins following him, and a relationship begins to blossom. Meanwhile, at In-su’s new high school, students begin disappearing one by one as a masked, vengeful spirit patrols the hallways. 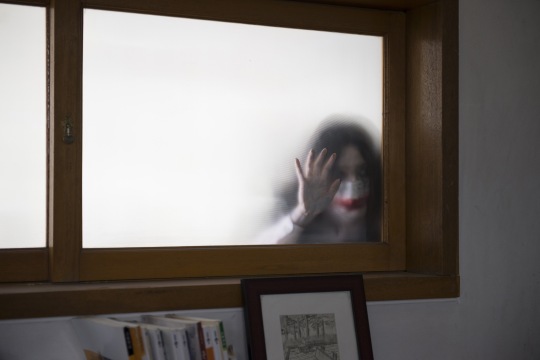 Mourning Grave (소녀괴담) is marketed primarily as a horror film, yet in truth director Oh In-cheon’s (오인천) feature debut actually amalgamates an array of genres to become a teenage romantic-comedy-drama with a macabre twist. The mix of generic features works surprisingly well as Mourning Grave is consistently an entertaining and quite enjoyable addition to the K-horror canon, one which contains an infectious appeal due to the light-hearted tone throughout.

Ironically, the jovial nature of the film, in conjunction with a narrative structure told through a series of vignettes rather than an overarching whole, is competent yet also halts the story from being particularly effective. This is perhaps understandable given director Oh’s history as an acclaimed director of short films, however the approach results in the originality of the screenplay, as well as the serious social issues within, lacking in resonance. Bullying is of central concern within Mourning Grave and the film is noteworthy for emphasising the role of the teachers, students, and even society in the creation of, and ignorance towards, the abuses endured by students. Yet as it features within an episodic sequence rather than as an underlying theme throughout, the portrayal is provoking albeit fleeting, which is a genuine shame. 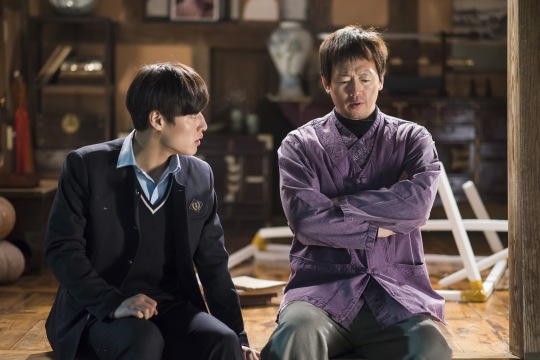 As central couple In-su and ‘girl ghost’, both Kang Ha-neul and Kim So-eun are delightful. The development of their friendship and burgeoning romance is conveyed with sincerity and is lovely to watch unfold. Unfortunately due to the vignette style of the narrative the screen-time Kang and Kim share is infrequent, yet when they appear together the film embodies the qualities of innocent first love, propelling Mourning Grave into a compellingly sweet love story. However both they, as well as the other actors who fill the high school roles, are clearly too old to be playing students and serve as a distraction from the story. Luckily veteran actor Kim Jeong-tae helps to allay such issues by stealing the show as uncle Seon-il. As the agoraphobic shaman Kim is incredibly funny, employing all sorts of trickery to stop ghosts from bothering him, with his comedic timing never failing to hit the mark.

Due to the gentle nature that permeates the film, Mourning Grave is quite a predictable affair. Hints that are laced throughout the story are particularly easy to ascertain, although it is still enjoyable to see the results achieve fruition, while even the various comedic, romantic, and dramatic cliches employed are entertaining enough to raise a smile. The ever-present horror epilogue sequence, which attempts to bond the characters through a shared history and destiny, also features within Mourning Grave and while such scenes are frustratingly commonplace, director Oh has crafted an endearing finale that is poignant and heartfelt. 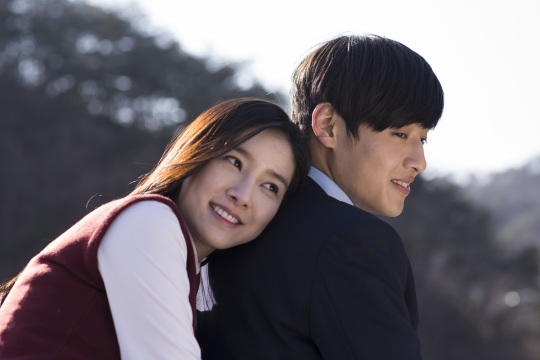 Mourning Grave is billed as a horror film, yet in truth director Oh In-cheon’s directorial debut actually encompasses an array of generic conventions, underpinned with a ghostly mystery. Due to the light-hearted tone the film is consistently entertaining, and the approach to serious social issues such as bullying is refreshing. Unfortunately such themes aren’t explored fully thanks to the vignette storytelling style, yet the endearing central couple, and a show stealing performance by Kim Jeong-tae as an agoraphobic shaman, make Mourning Grave an enjoyable addition to the K-horror canon.

For Korean cinema, 2019 was a year that saw the continuation of trends that have been readily apparent for the past several years - an increasing number of big blockbuster/commercially-orientated films with high production values, and the decreasing quality of creative, engaging, and memorable stories. That is not to say the talent has disappeared of... END_OF_DOCUMENT_TOKEN_TO_BE_REPLACED
2018 was quite a bizarre year for Korean cinema. The year began much like any other. The first few months of the year were typically dedicated to family-friendly fare. News of Korean films that were... END_OF_DOCUMENT_TOKEN_TO_BE_REPLACED
While the films released throughout any particular year are indicative of a country's identity, for Korean cinema in 2017 the exploration of political and social issues were especially revealing of the cultural shift that has... END_OF_DOCUMENT_TOKEN_TO_BE_REPLACED

Acclaimed actress Jeon Do-yeon is to be honoured at the 21st Bucheon International Fantastic Film Festival (BiFan) this year, in celebration of her 20 year career that began with Contact back in 1997. Entitled 'Contact, Jeon Do-yeon,' the special program is dedicated to the revered actress and will feature highlights from her incredible filmography, including Secret Sunshine... END_OF_DOCUMENT_TOKEN_TO_BE_REPLACED
Director Kim Jong-Kwan is well-known to fans of independent Korean cinema. A graduate of the Seoul Institute of the Arts, his short film How to Operate a Polaroid... END_OF_DOCUMENT_TOKEN_TO_BE_REPLACED
We are just one week away from the start of the 2nd Korea International Expat Film Festival (KIXFF).  Festival director Kevin Lambert took some time from his busy schedule to answer questions about the festival which... END_OF_DOCUMENT_TOKEN_TO_BE_REPLACED

Having a film selected to premiere at the Cannes Film Festival is an incredible achievement - having two is quite extraordinary. Yet that is precisely what director Hong Sang-soo has done, as The Day After (그 후) and Claire's Camera (클레어의 카메라) are due to be screened, with both films starring actress Kim Min-hee. Selected for the 'In Competition'... END_OF_DOCUMENT_TOKEN_TO_BE_REPLACED
The Villainess (악녀) has received an explosive trailer in the run-up to its debut at the Cannes Film Festival on May 21st. Appearing in the 'Out of Competition - Midnight Projections' program, writer/director Jung Byung-gil's latest... END_OF_DOCUMENT_TOKEN_TO_BE_REPLACED
Director Bong Joon-ho's Okja (옥자) is almost upon us. The highly anticipated science-fiction/drama is set to premiere In Competition at the Cannes Int. Film Festival on May 19th, before appearing on Korean cinema screens around June... END_OF_DOCUMENT_TOKEN_TO_BE_REPLACED