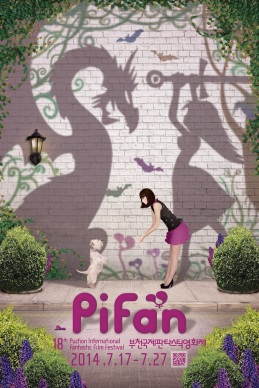 The 18th Puchon International Fantastic Film Festival (PiFan) is due to commence from July 17th through to the 27th. The festival takes place in Buchon City, although has retained the spelling ‘Puchon’ from its inception.

As the title suggests, PiFan is orientated towards celebrating genre films during its run, and over the past 17 years has carved a reputation as the place to experience some of the most imaginative films from around the world.

PiFan 2014 looks set to be no exception. Fantasy and adventure have been prolific genres of late and are wonderfully reflected in the official poster (right) and trailer (below), with the blurring between reality and fiction the focus of this year’s festivities. That said, there are still plenty of horrors and thrillers to satisfy audiences seeking an adrenaline rush, particularly through the special programs on offer.

In addition to returning favorite categories such as Puchon Choice (which features 12 films highlighting the evolution of modern genre filmmaking), World Fantastic Cinema (showcasing 44 productions that blur fantasy and reality), and Vision Express (emphasising films that push the conventions of genre storytelling), there are special programs dedicated to the history of popular genre films. The Great Kaiju, GODZILLA 60 Years will undoubtedly be one of the more popular categories at PiFan 2014, featuring the original 1954 classic as well as some of his greatest battles, all to celebrate the 60th anniversary of the iconic character. Blood Window to Latin America showcases some of the best emerging talents in genre filmmaking from the region, while PiFan Classic includes Tobe Hopper’s acclaimed The Texas Chainsaw Massacre (1974) and Poltergeist (1982). 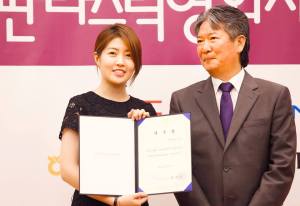 Shim Eun-kyoung is the 2014 PiFan Lady

Each year PiFan selects a PiFan Lady, an actress whose filmography represents the identity and values of the festival. For this installment actress Shim Eun-kyoung (Miss Granny (2014), Masquerade (2012), Sunny (2011)) will be the face of the festival, a selection that will certainly will increase awareness following her win for ‘Best Actress’ at the PaekSang Arts Awards last May.

To visit PiFan and get the most out of the festivities, please refer to the map below.

For Korean cinema, 2019 was a year that saw the continuation of trends that have been readily apparent for the past several years - an increasing number of big blockbuster/commercially-orientated films with high production values, and the decreasing quality of creative, engaging, and memorable stories. That is not to say the talent has disappeared of... END_OF_DOCUMENT_TOKEN_TO_BE_REPLACED
2018 was quite a bizarre year for Korean cinema. The year began much like any other. The first few months of the year were typically dedicated to family-friendly fare. News of Korean films that were... END_OF_DOCUMENT_TOKEN_TO_BE_REPLACED
While the films released throughout any particular year are indicative of a country's identity, for Korean cinema in 2017 the exploration of political and social issues were especially revealing of the cultural shift that has... END_OF_DOCUMENT_TOKEN_TO_BE_REPLACED

Acclaimed actress Jeon Do-yeon is to be honoured at the 21st Bucheon International Fantastic Film Festival (BiFan) this year, in celebration of her 20 year career that began with Contact back in 1997. Entitled 'Contact, Jeon Do-yeon,' the special program is dedicated to the revered actress and will feature highlights from her incredible filmography, including Secret Sunshine... END_OF_DOCUMENT_TOKEN_TO_BE_REPLACED
Director Kim Jong-Kwan is well-known to fans of independent Korean cinema. A graduate of the Seoul Institute of the Arts, his short film How to Operate a Polaroid... END_OF_DOCUMENT_TOKEN_TO_BE_REPLACED
We are just one week away from the start of the 2nd Korea International Expat Film Festival (KIXFF).  Festival director Kevin Lambert took some time from his busy schedule to answer questions about the festival which... END_OF_DOCUMENT_TOKEN_TO_BE_REPLACED

Having a film selected to premiere at the Cannes Film Festival is an incredible achievement - having two is quite extraordinary. Yet that is precisely what director Hong Sang-soo has done, as The Day After (그 후) and Claire's Camera (클레어의 카메라) are due to be screened, with both films starring actress Kim Min-hee. Selected for the 'In Competition'... END_OF_DOCUMENT_TOKEN_TO_BE_REPLACED
The Villainess (악녀) has received an explosive trailer in the run-up to its debut at the Cannes Film Festival on May 21st. Appearing in the 'Out of Competition - Midnight Projections' program, writer/director Jung Byung-gil's latest... END_OF_DOCUMENT_TOKEN_TO_BE_REPLACED
Director Bong Joon-ho's Okja (옥자) is almost upon us. The highly anticipated science-fiction/drama is set to premiere In Competition at the Cannes Int. Film Festival on May 19th, before appearing on Korean cinema screens around June... END_OF_DOCUMENT_TOKEN_TO_BE_REPLACED