The big winner at JIFF 2013 scoring the Grand Prize in the Korean Film Competition, December is a charming and raw exploration of the building of relationships. Structured in accordance with the months of the year, director Park Jeong-hoon (박정훈) uses the time frame to convey the burgeoning relationship between a female high school student and a male convenience store clerk, and how small moments are built into something more. The protagonists are highly compelling, particularly as the girl manipulates situations into bringing the two closer together such as buying sanitary towels in order to prove her ‘womanhood’. Yet December is also crucially missing an emotional core that stops empathy from evolving between the characters and the audience, something which greater character development would easily remedy. A compelling and interesting, although emotionally lacking, film.

My Place is everything a great documentary should be. The film is a wonderful and heart-filled love letter to family, one that takes an uncompromising look at wounds past and present in the forging of a person’s personality. Perhaps more surprisingly is that such a raw exploration is based on director Park Moon-chil’s (박문칠) own family, which lends further credibility and sincerity. As the documentary unfolds everyone – including director Park – changes and comes to understand each other with greater depth. The inclusion of the cultural, generational and gendered differences that have effected the family is brilliant, yet the real masterstroke comes from places the director’s sister Peace at the center of the film. As a single mum challenging every ideological form in her path, it is her character that makes for such compelling viewing. A must-watch film, recommended. 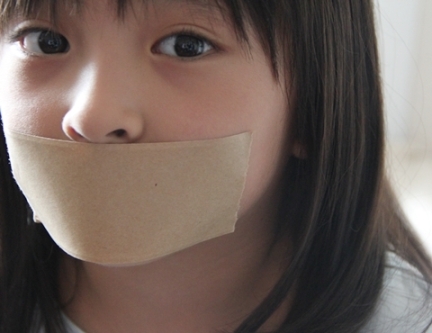 Japanese film Remiges, by writer/director Ozawa Masato, is a deeply poignant examination of youths who suffer from abusive parents. The fragile psychology of central protagonist Sayako is slowly conveyed throughout the course of the film, moving from simply being a bad kid to a complex, abused victim. While the teenager initially appears to be selfish and irresponsible, her actions are the ramifications of years of awful parenting. Director Masato employs non-linear editing in order to portray the torment Sayako suffered as a young child, and is far from contrived as each scene lends further information and empathy to her situation, giving credence to her anti-social behaviour. Symbolism is also used well throughout Remiges, including a parrot horrifically having it’s wings clipped, while Sayako’s plight is mirrored amongst the other characters she comes into contact with. A powerful and insightful film about youth.

Trunk is best thought of as a showcase for director Kim Hyeon-cheol’s (김현철) talents rather than a great piece of filmmaking. That’s not to say that it’s a bad film at all, as what is on display is a very competent approach to both the horror and thriller genres. Director Kim employs a host of stereotypical conventions in portraying the story of a woman whose curiosity gets the better of her when she spies an open trunk. To say more would involve spoilers, but tension is constructed well as the story progresses. Howver, the attempt to add an original spin doesn’t really work and comes off as silly, undermining the suspense generated prior. Trunk is a competent showcase, and it will be interesting to see what director Kim does next.

For Korean cinema, 2019 was a year that saw the continuation of trends that have been readily apparent for the past several years - an increasing number of big blockbuster/commercially-orientated films with high production values, and the decreasing quality of creative, engaging, and memorable stories. That is not to say the talent has disappeared of... END_OF_DOCUMENT_TOKEN_TO_BE_REPLACED
2018 was quite a bizarre year for Korean cinema. The year began much like any other. The first few months of the year were typically dedicated to family-friendly fare. News of Korean films that were... END_OF_DOCUMENT_TOKEN_TO_BE_REPLACED
While the films released throughout any particular year are indicative of a country's identity, for Korean cinema in 2017 the exploration of political and social issues were especially revealing of the cultural shift that has... END_OF_DOCUMENT_TOKEN_TO_BE_REPLACED

Acclaimed actress Jeon Do-yeon is to be honoured at the 21st Bucheon International Fantastic Film Festival (BiFan) this year, in celebration of her 20 year career that began with Contact back in 1997. Entitled 'Contact, Jeon Do-yeon,' the special program is dedicated to the revered actress and will feature highlights from her incredible filmography, including Secret Sunshine... END_OF_DOCUMENT_TOKEN_TO_BE_REPLACED
Director Kim Jong-Kwan is well-known to fans of independent Korean cinema. A graduate of the Seoul Institute of the Arts, his short film How to Operate a Polaroid... END_OF_DOCUMENT_TOKEN_TO_BE_REPLACED
We are just one week away from the start of the 2nd Korea International Expat Film Festival (KIXFF).  Festival director Kevin Lambert took some time from his busy schedule to answer questions about the festival which... END_OF_DOCUMENT_TOKEN_TO_BE_REPLACED

Having a film selected to premiere at the Cannes Film Festival is an incredible achievement - having two is quite extraordinary. Yet that is precisely what director Hong Sang-soo has done, as The Day After (그 후) and Claire's Camera (클레어의 카메라) are due to be screened, with both films starring actress Kim Min-hee. Selected for the 'In Competition'... END_OF_DOCUMENT_TOKEN_TO_BE_REPLACED
The Villainess (악녀) has received an explosive trailer in the run-up to its debut at the Cannes Film Festival on May 21st. Appearing in the 'Out of Competition - Midnight Projections' program, writer/director Jung Byung-gil's latest... END_OF_DOCUMENT_TOKEN_TO_BE_REPLACED
Director Bong Joon-ho's Okja (옥자) is almost upon us. The highly anticipated science-fiction/drama is set to premiere In Competition at the Cannes Int. Film Festival on May 19th, before appearing on Korean cinema screens around June... END_OF_DOCUMENT_TOKEN_TO_BE_REPLACED
Join 143 other subscribers