As part of the build up towards the 2013 installment of the Jeonju International Film Festival, last time here at Hanguk Yeonghwa the ten selected independent films that form the ‘Korean Films in Competition’ were profiled. What they highlight is that JIFF is still continuing to seek out new and fresh film-making talent as the directors are all relatively unknown, raising the possibility for ‘discovering’ quality productions and act as a potential springboard for future festival runs.

Yet JIFF 2013 is also featuring some of the more commercial films to emerge from Korea under the banner of ‘Korea Cinemascape’. In keeping with the festival tradition the themes are quite broad in scope allowing for a range of diverse projects to appear, from star-studded gangster and action epics through to more low-key dramatic pieces. Here are the films announced as part of the ‘Korea Cinemascape’.

Synopsis: A title that’s almost a story in itself, Burn, Release, Explode, The Invincible charts the life of actor Kim Sang-hyun and the unfolding drama. Described as ‘bohemian and arty’, the 53 minute drama sounds like an interesting exploration of the acting world.

Synopsis: Blockbuster action film Fists of Legend features several A-list stars including Hwang Jeong-min and Yoo Joon-sang, and helmed by the mighty Kang Woo-seok who has been responsible for a string of hits both as producer and director. Word of mouth is positive on this tent-pole actioner, which sees three middle-aged friends reunited in a fighting contest for a large cash prize. As JIFF is mostly concerned with independent features, Fists of Legend will offer a change of pace for those seeking big-budgeted action. Check out the trailer below:

Synopsis: This documentary feature by director Park Ki-yong explores the immigrant experience of workers residing in Garibong-dong. Stories involving foreigners and the difficulties of cultural assimilation have become more prominent in recent years, and Garibong could offer a fresh perspective.

Synopsis: Juvenile Offender made waves upon its release in 2012, with its story of disaffected youth, crime, and familial relationships. The film from director Kang, who previous helmed the Moon So-ri starring Sakwa (사과), premiered in Vancouver and won the coveted Special Jury Award and Best Actor for Seo Young-ju at the Tokyo International Film Festival. With the focus on human rights (indeed, it was partly funded by The National Human Rights Commission of Korea) and timely examination of socio-cultural issues it’s great to see the film get more exposure at JIFF. See below for the trailer:

Synopsis: Renowned character actor Oh Dal-su stars in Mr. Vertigo, a story about a man seeking to add excitement and difference to his boring life. At 25 minutes long, the film has the potential to be one of the more off-beat and humourous short stories at the festival.

Synopsis: Since its release, My Paparotti has been quite successful earning around 1.45 million admissions (at the time of writing), despite mixed critical reactions. Featuring rising star Lee Je-hoon alongside Han Seok-kyu, the comedy-drama charts the relationship between a washed-up music teacher and  young gangster who sports an exceptional singing voice. See the trailer below:

Synopsis: Gangster epic New World has been incredibly well-received both domestically as well as internationally, selling to multiple territories with its tale of violence and paranoia. Directed by Park Hoon-jung, the writer behind hits I Saw the Devil and The Unjust, the film also features heavyweights Choi Min-shik, Hwang Jeong-min, Lee Jeong-jae and Song Ji-hyo. New World has been likened to Infernal Affairs/The Departed which is high praise indeed. Check out the trailer below: 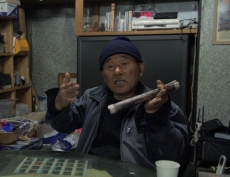 Synopsis: When he ROKS Cheonan was sunk in 2010, escalating tensions between North and South Korea, several conspiracy theories appeared despite the official verdict that a North Korean submarine fired a torpedo. Documentary Project Cheonan Ship explores the events as well as the reactions by Korean society.

Synopsis: The 19 minute Korea/Japanese co-produced drama explores the final moments of a couple as they are about to separate. Director Yang Ik-june is the reason to be excited for this film as his exemplary drama Breathless proved his abilities behind the camera.

Synopsis: The controversial City Hall project in Seoul has been fraught with difficulty since day one, and this documentary shines a light on the issues that occurred throughout construction. It looks to be an interesting piece, especially in the conflict of old (Japanese) versus new (Korean). 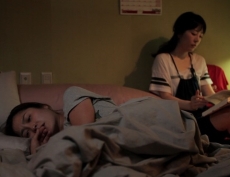 Synopsis: Timing looks set to be a sensitive drama, as a woman attempts to resolve loose ends before she moves abroad to study. In doing so she discovers the complex emotions of the sadness of letting go of the past and the fear of starting afresh. 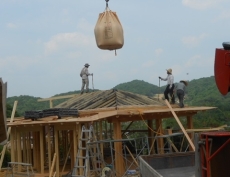 Synopsis: To Be Reborn is a documentary that follows the director himself, as he pursues another avenue in life when frustrated with the film industry. The film-making frustrations depicted could resonate well with the independent audiences and prove to be a success.

Synopsis: The oddly titled Total Messed Family appears to be a more traditional family comedy-drama offering in which a group of mismatched personalities are forced to come together during a crisis. This certainly has the potential to be one of the ‘feel-good’ films at the festival.

Synopsis: The only film to feature the transsexual experience in the category, The Woman portrays the story of Yoon-hee whose life is thrown into turmoil when her brother informs her of their mother’s illness. It will be very interesting to see how such issues are explored, as Korean culture is still quite conservative.

For Korean cinema, 2019 was a year that saw the continuation of trends that have been readily apparent for the past several years - an increasing number of big blockbuster/commercially-orientated films with high production values, and the decreasing quality of creative, engaging, and memorable stories. That is not to say the talent has disappeared of... END_OF_DOCUMENT_TOKEN_TO_BE_REPLACED
2018 was quite a bizarre year for Korean cinema. The year began much like any other. The first few months of the year were typically dedicated to family-friendly fare. News of Korean films that were... END_OF_DOCUMENT_TOKEN_TO_BE_REPLACED
While the films released throughout any particular year are indicative of a country's identity, for Korean cinema in 2017 the exploration of political and social issues were especially revealing of the cultural shift that has... END_OF_DOCUMENT_TOKEN_TO_BE_REPLACED

Acclaimed actress Jeon Do-yeon is to be honoured at the 21st Bucheon International Fantastic Film Festival (BiFan) this year, in celebration of her 20 year career that began with Contact back in 1997. Entitled 'Contact, Jeon Do-yeon,' the special program is dedicated to the revered actress and will feature highlights from her incredible filmography, including Secret Sunshine... END_OF_DOCUMENT_TOKEN_TO_BE_REPLACED
Director Kim Jong-Kwan is well-known to fans of independent Korean cinema. A graduate of the Seoul Institute of the Arts, his short film How to Operate a Polaroid... END_OF_DOCUMENT_TOKEN_TO_BE_REPLACED
We are just one week away from the start of the 2nd Korea International Expat Film Festival (KIXFF).  Festival director Kevin Lambert took some time from his busy schedule to answer questions about the festival which... END_OF_DOCUMENT_TOKEN_TO_BE_REPLACED

Having a film selected to premiere at the Cannes Film Festival is an incredible achievement - having two is quite extraordinary. Yet that is precisely what director Hong Sang-soo has done, as The Day After (그 후) and Claire's Camera (클레어의 카메라) are due to be screened, with both films starring actress Kim Min-hee. Selected for the 'In Competition'... END_OF_DOCUMENT_TOKEN_TO_BE_REPLACED
The Villainess (악녀) has received an explosive trailer in the run-up to its debut at the Cannes Film Festival on May 21st. Appearing in the 'Out of Competition - Midnight Projections' program, writer/director Jung Byung-gil's latest... END_OF_DOCUMENT_TOKEN_TO_BE_REPLACED
Director Bong Joon-ho's Okja (옥자) is almost upon us. The highly anticipated science-fiction/drama is set to premiere In Competition at the Cannes Int. Film Festival on May 19th, before appearing on Korean cinema screens around June... END_OF_DOCUMENT_TOKEN_TO_BE_REPLACED