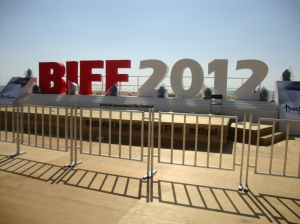 While most film festivals promote themselves as bigger and better every year, the 17th installment of the Busan International Film Festival is certainly living up to the hype. With the first non-Korean hosting the opening ceremony in the form of Chinese actress Tang Wei, with the festival spread out across 10 days (as opposed to 9 in 2011), and with 132 world and international premieres, BIFF 2012 has done an incredible job in cementing itself as one of the key film festivals throughout Asia. The popularity of this years installment is acutely visible, as online tickets sold out rapidly whilst the 20% allocation at the event disappeared by mid-morning.

There were a lot of events to be had during the opening weekend of BIFF 2012. While Haeundae Beach was the host for several interviews and performances, the screenings themselves also often sported Q & A sessions with directors, producers and/or the stars themselves to an unprecedented degree in BIFF’s history. It was also common to walk into or past coffee shops and see film-makers meeting and conversing, creating a very relaxed atmosphere with their approachable demeanor.

On Friday the 5th, a private party was held for those that work within the film industry as well as journalists, while the cast of Kim Ki-duk‘s latest feature, the incredibly successful Pieta (피에타), were also in attendance. 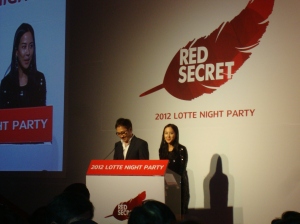 Saturday the 6th saw two events take place. The Lotte Night Party – Red Secret was hosted by The Servant (방자전) actress Jo Yeo-Jeong and gave awards to those who had contributed significantly over the past year. Among those receiving awards were notable screenwriters and actors, including host Jo Yeo-Jeong and A Muse (은교) actress Kim Go-eun (김고은). Also in attendance were actor/director Yoo Ji-tae (유지태) and his wife, as well as Ahn Seong-gi (안성기), and former BIFF director Kim Dong-ho (김동호). Yet the most memorable event at the Red Secret party was the arrival of now-global-megastar Psy, who performed several of his hits as well as the groundbreaking Gangnam Style to a rapturous crowd. 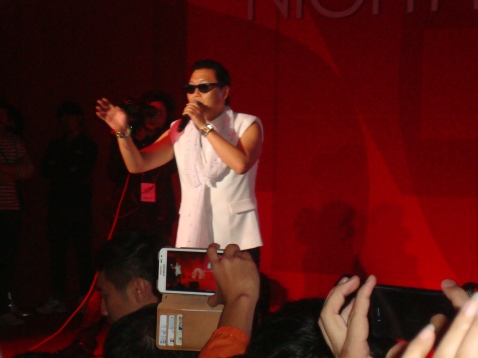 Psy performs for the emphatic crowd

The second party of the night was held by CJ Entertainment, and the style was markedly different. 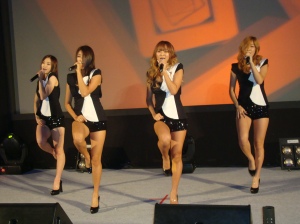 In terms of performers parody group The Wonderboys were amazing fun as well as providing some great music to warm up the crowd for the main act – Kpop superstars Sistar. The quartet sang some of their most famous hits accompanied by their signature dance moves that had the crowd chanting their names. In attendance were a variety of people involved in the film industry including REALies president Kim Ho-seong and renowned editor Lee Sang-min. There were also a whole host of film and television stars, including the cast of period drama-comedy Masquerade (광해, 왕이 된 남자) – Lee Byeong-heon (이병헌), Ryoo Seung-ryong (류승룡) and Jang Gwang (장광) – as well as TV star Kim Min-jong (김민종) and As One (코리아 ) actor Lee Jong-suk (이종석). 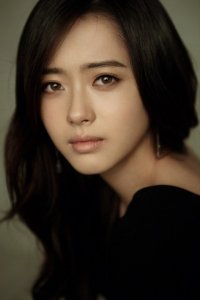 Actress Go A-ra was a delight

However a genuine highlight of the night was actress Go Ah-ra (고아라) (star of Pacemaker (페이스메이커) and Papa (파파)), who was incredibly kind, courteous and humble, giving genuine insight into the differences in working in the Korean film and television industries.

And so ended the first weekend of the 2012 Busan International Film Festival. With the incredible selection of films, variety of events in which the public could have access to members of the film industry, and unprecedented popularity, it is difficult to imagine how BIFF will grow and improve in with future installments but one thing is for certain – the BIFF team will undoubtedly find a way.

For Korean cinema, 2019 was a year that saw the continuation of trends that have been readily apparent for the past several years - an increasing number of big blockbuster/commercially-orientated films with high production values, and the decreasing quality of creative, engaging, and memorable stories. That is not to say the talent has disappeared of... END_OF_DOCUMENT_TOKEN_TO_BE_REPLACED
2018 was quite a bizarre year for Korean cinema. The year began much like any other. The first few months of the year were typically dedicated to family-friendly fare. News of Korean films that were... END_OF_DOCUMENT_TOKEN_TO_BE_REPLACED
While the films released throughout any particular year are indicative of a country's identity, for Korean cinema in 2017 the exploration of political and social issues were especially revealing of the cultural shift that has... END_OF_DOCUMENT_TOKEN_TO_BE_REPLACED

Acclaimed actress Jeon Do-yeon is to be honoured at the 21st Bucheon International Fantastic Film Festival (BiFan) this year, in celebration of her 20 year career that began with Contact back in 1997. Entitled 'Contact, Jeon Do-yeon,' the special program is dedicated to the revered actress and will feature highlights from her incredible filmography, including Secret Sunshine... END_OF_DOCUMENT_TOKEN_TO_BE_REPLACED
Director Kim Jong-Kwan is well-known to fans of independent Korean cinema. A graduate of the Seoul Institute of the Arts, his short film How to Operate a Polaroid... END_OF_DOCUMENT_TOKEN_TO_BE_REPLACED
We are just one week away from the start of the 2nd Korea International Expat Film Festival (KIXFF).  Festival director Kevin Lambert took some time from his busy schedule to answer questions about the festival which... END_OF_DOCUMENT_TOKEN_TO_BE_REPLACED

Having a film selected to premiere at the Cannes Film Festival is an incredible achievement - having two is quite extraordinary. Yet that is precisely what director Hong Sang-soo has done, as The Day After (그 후) and Claire's Camera (클레어의 카메라) are due to be screened, with both films starring actress Kim Min-hee. Selected for the 'In Competition'... END_OF_DOCUMENT_TOKEN_TO_BE_REPLACED
The Villainess (악녀) has received an explosive trailer in the run-up to its debut at the Cannes Film Festival on May 21st. Appearing in the 'Out of Competition - Midnight Projections' program, writer/director Jung Byung-gil's latest... END_OF_DOCUMENT_TOKEN_TO_BE_REPLACED
Director Bong Joon-ho's Okja (옥자) is almost upon us. The highly anticipated science-fiction/drama is set to premiere In Competition at the Cannes Int. Film Festival on May 19th, before appearing on Korean cinema screens around June... END_OF_DOCUMENT_TOKEN_TO_BE_REPLACED
Join 143 other subscribers