Without a doubt, The Fortress was the most visually stunning Korean film of 2017. Director Hwang Dong-Hyuk (Silenced) and cinematographer Kim Jee-yong have combined their talents to beautifully capture the 1636 siege of Joseon by the Qing invaders in breathtaking fashion. Whether it’s the commoners as they struggle to survive during the harsh winter, or ministers as they beseech the King for a decision, every scene is meticulously composed with precision for maximum effect. A stunningly told historical tale of war. 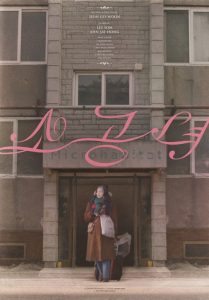 Director Jeon Go-woon’s debut film Microhabitat was a truly refreshing independent film to emerge at the Busan Film Festival this year. Those living in Korea will have heard of the ‘give up’ generation, in which citizens have abandoned dreams of marriage, children, et al. to live comfortably. While this is typically aimed at youngsters, director Jeon explores this through 30-something Miso as she visits her friends while attempting to organise her life.  The disillusionment conveyed through the story is insightful, humorous and poignant, and is a real delight.

Director Bong Joon-ho (Memories of Murder) turned to Netflix to fund his latest work Okja, about a youngster named Mija who sets off to rescue her ‘super pig’ best friend after she is kidnapped by an organisation. It’s a charming tale reminiscent of a Studio Ghibli adventure yet with the director’s trademark biting satire of corporate corruption, featuring incredibly impressive CGI throughout. Despite the all star cast it’s actually newcomer An Seo-hyun that steals the show as Mija, giving the film its heart and soul as she takes on capitalist evil-doers in her quest to save Okja.

Depicting the murder of student activist Park Jong-cheol, the government cover-up, and the resulting demand for democratisation as millions protested throughout the country, are not simple matters to be presented on the big screen – but then, 1987 is an especially powerful film. Director Hwang-Dong-hyuk (Save the Green Planet) has crafted a riveting film, one that simultaneously manages to balance the large all-star cast while also building tension through the deadly cat-and-mouse struggle to control the narrative. Essential viewing for those interested in recent Korean history.

Director Jang Hoon’s A Taxi Driver takes the top spot for 2017. Based on real events, the film follows a German reporter and a Seoul cabbie as they try to capture evidence of the 1980 Gwangju Massacre (or Uprising, depending on who you speak to) and share it with the world. Song Kang-ho always excels at playing the endearing everyman, yet in A Taxi Driver this proves even more effective as his naivety comes undone through witnessing the atrocities committed within the city. Compelling, provocative, and emotionally wrought, A Taxi Driver is our film of the year.

For Korean cinema, 2019 was a year that saw the continuation of trends that have been readily apparent for the past several years - an increasing number of big blockbuster/commercially-orientated films with high production values, and the decreasing quality of creative, engaging, and memorable stories. That is not to say the talent has disappeared of... END_OF_DOCUMENT_TOKEN_TO_BE_REPLACED
2018 was quite a bizarre year for Korean cinema. The year began much like any other. The first few months of the year were typically dedicated to family-friendly fare. News of Korean films that were... END_OF_DOCUMENT_TOKEN_TO_BE_REPLACED
While the films released throughout any particular year are indicative of a country's identity, for Korean cinema in 2017 the exploration of political and social issues were especially revealing of the cultural shift that has... END_OF_DOCUMENT_TOKEN_TO_BE_REPLACED

Acclaimed actress Jeon Do-yeon is to be honoured at the 21st Bucheon International Fantastic Film Festival (BiFan) this year, in celebration of her 20 year career that began with Contact back in 1997. Entitled 'Contact, Jeon Do-yeon,' the special program is dedicated to the revered actress and will feature highlights from her incredible filmography, including Secret Sunshine... END_OF_DOCUMENT_TOKEN_TO_BE_REPLACED
Director Kim Jong-Kwan is well-known to fans of independent Korean cinema. A graduate of the Seoul Institute of the Arts, his short film How to Operate a Polaroid... END_OF_DOCUMENT_TOKEN_TO_BE_REPLACED
We are just one week away from the start of the 2nd Korea International Expat Film Festival (KIXFF).  Festival director Kevin Lambert took some time from his busy schedule to answer questions about the festival which... END_OF_DOCUMENT_TOKEN_TO_BE_REPLACED

Having a film selected to premiere at the Cannes Film Festival is an incredible achievement - having two is quite extraordinary. Yet that is precisely what director Hong Sang-soo has done, as The Day After (그 후) and Claire's Camera (클레어의 카메라) are due to be screened, with both films starring actress Kim Min-hee. Selected for the 'In Competition'... END_OF_DOCUMENT_TOKEN_TO_BE_REPLACED
The Villainess (악녀) has received an explosive trailer in the run-up to its debut at the Cannes Film Festival on May 21st. Appearing in the 'Out of Competition - Midnight Projections' program, writer/director Jung Byung-gil's latest... END_OF_DOCUMENT_TOKEN_TO_BE_REPLACED
Director Bong Joon-ho's Okja (옥자) is almost upon us. The highly anticipated science-fiction/drama is set to premiere In Competition at the Cannes Int. Film Festival on May 19th, before appearing on Korean cinema screens around June... END_OF_DOCUMENT_TOKEN_TO_BE_REPLACED
Join 143 other subscribers
Loading Comments...
%d bloggers like this: