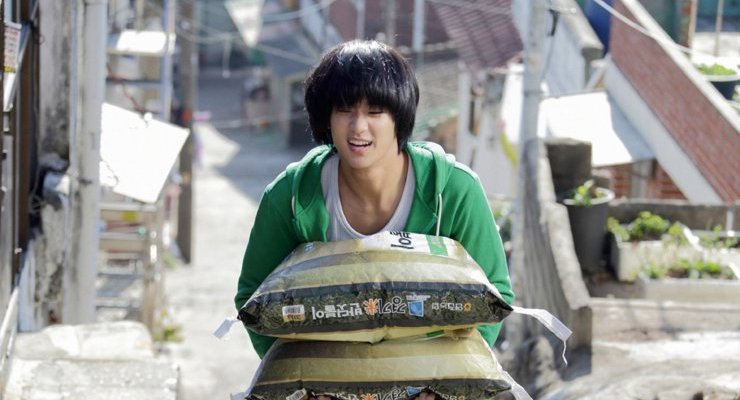 The second in a series of quick-fire reviews from the 17th Puchon International Fantastic Film Festival: 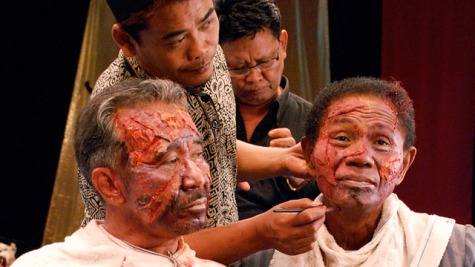 The Act of Killing

Unbelievably powerful, director Joshua Oppenheimer’s documentary follows the lives of a group of Indonesian gangsters who are wholly unrepentant about their role in the mass murders from the 1960s onwards.  Oppenheimer does a superb job of combining the history and politics of Indonesia with the psychology of his subjects, in order to fully convey the attempts to justify the genocide and rape of those perceived to be ‘anti-communist.’ So resolute are the gangsters in their convictions that they attempt to make a movie about their past ‘heroism’, re-enacting the torture and murders from their youth. Yet as time passes the men, now elderly, slowly come to consider that perhaps their actions may not have been so patriotic after all. The documentary is a stunning and poignant character study which, while overly long, is an incredible achievement in showcasing the recent history of the country. Recommended.

The achievements of director Jang Cheol-soo’s Secretly Greatly have long been publicized, as it broke several records in the opening few days. The reason for such success must surely be due to the fans of the original webtoon and the extremely handsome lead actors, for the film is not particularly good at all. Secretly Greatly does start well however with a enjoyable contrast between action and comedy conventions and continues through in introducing agent Dong-gu’s role in the community, yet from there it quickly slides into bland territory. While competently directed, the film suffers from a problem that effects a large number of Korean productions – in attempting to please everyone by including different genres and a host of characters, it ultimately satisfies no-one. However the huge financial success of the film should guarantee director Jang’s future projects, which will hopefully be more like his prior Bedevilled.

Japanese director Toda Yukihiro shines a spotlight on the the plight of the disabled in There is Light. He does so in an interesting manner, as prostitute Saori visits and services a variety of disabled clients who rarely leave home, forming relationships with them as she hears their stories. Indeed, the tales of their disabilities are potent and moving as is the cultural attitude towards those with physical limitations. Yet Saori, despite her beauty, is also disabled in a different, more emotional way making the relationships that develop natural and sincere as well as a commentary on prostitution. The main issue with There is Light is that Saori’s character isn’t developed well as the audience learns precious little about her and as such is merely a device linking the disparate disabled protagonists, which is unfortunate and a missed opportunity. However the film is still an eye-opener on the difficulties of being disabled in Japan, and he insular lives that so many Japanese lead.

For Korean cinema, 2019 was a year that saw the continuation of trends that have been readily apparent for the past several years - an increasing number of big blockbuster/commercially-orientated films with high production values, and the decreasing quality of creative, engaging, and memorable stories. That is not to say the talent has disappeared of... END_OF_DOCUMENT_TOKEN_TO_BE_REPLACED
2018 was quite a bizarre year for Korean cinema. The year began much like any other. The first few months of the year were typically dedicated to family-friendly fare. News of Korean films that were... END_OF_DOCUMENT_TOKEN_TO_BE_REPLACED
While the films released throughout any particular year are indicative of a country's identity, for Korean cinema in 2017 the exploration of political and social issues were especially revealing of the cultural shift that has... END_OF_DOCUMENT_TOKEN_TO_BE_REPLACED

Acclaimed actress Jeon Do-yeon is to be honoured at the 21st Bucheon International Fantastic Film Festival (BiFan) this year, in celebration of her 20 year career that began with Contact back in 1997. Entitled 'Contact, Jeon Do-yeon,' the special program is dedicated to the revered actress and will feature highlights from her incredible filmography, including Secret Sunshine... END_OF_DOCUMENT_TOKEN_TO_BE_REPLACED
Director Kim Jong-Kwan is well-known to fans of independent Korean cinema. A graduate of the Seoul Institute of the Arts, his short film How to Operate a Polaroid... END_OF_DOCUMENT_TOKEN_TO_BE_REPLACED
We are just one week away from the start of the 2nd Korea International Expat Film Festival (KIXFF).  Festival director Kevin Lambert took some time from his busy schedule to answer questions about the festival which... END_OF_DOCUMENT_TOKEN_TO_BE_REPLACED

Having a film selected to premiere at the Cannes Film Festival is an incredible achievement - having two is quite extraordinary. Yet that is precisely what director Hong Sang-soo has done, as The Day After (그 후) and Claire's Camera (클레어의 카메라) are due to be screened, with both films starring actress Kim Min-hee. Selected for the 'In Competition'... END_OF_DOCUMENT_TOKEN_TO_BE_REPLACED
The Villainess (악녀) has received an explosive trailer in the run-up to its debut at the Cannes Film Festival on May 21st. Appearing in the 'Out of Competition - Midnight Projections' program, writer/director Jung Byung-gil's latest... END_OF_DOCUMENT_TOKEN_TO_BE_REPLACED
Director Bong Joon-ho's Okja (옥자) is almost upon us. The highly anticipated science-fiction/drama is set to premiere In Competition at the Cannes Int. Film Festival on May 19th, before appearing on Korean cinema screens around June... END_OF_DOCUMENT_TOKEN_TO_BE_REPLACED
Join 143 other followers
Loading Comments...