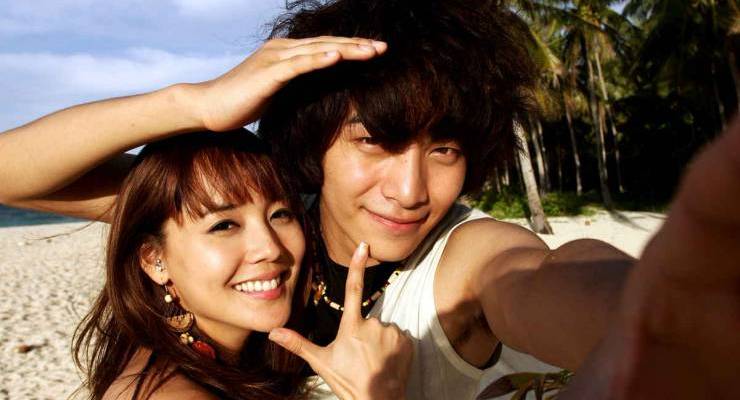 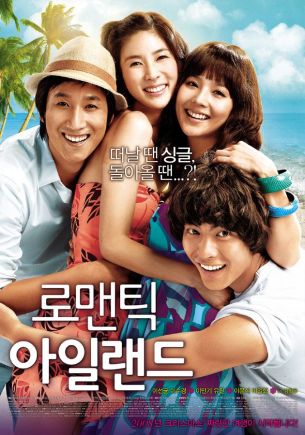 The notion of changing the mundane routines of every day life for the sun and sand of a tropical paradise is hardly original in cinematic terms, yet the concept never lacks potency for their depictions of paradise and perhaps – just perhaps – a romantic encounter. From kitchen-sink dramas such as Shirley Valentine (1989), macho debauchery in The Hangover II (2011) to life-affirming family drama The Descendants (2011), the crystal clear waters gently lapping the shore hold a romanticism hard to ignore.

In Romantic Island (로맨틱 아일랜드), the concept is extended into a multi-strand narrative akin to Love Actually (2003) whereby six Koreans, eager to escape their problems and drab lifestyle, pack their bags and jet off to Boracay in The Philippines. The result is an occasionally charming yet odd mixture of underdeveloped characters and stories that never quite gel or convince, with Boracay itself the highlight in an otherwise low-budget affair.

During winter in Seoul, a handful of citizens are enduring hardships difficult to contend with. Stock market worker Kang Jae-hyeok (Lee Seon-gyoon (이선균) who is not only in danger of losing his job, but has just lost his father; Choi Soo-jin (Lee Soo-kyeong (이수경) who dislikes her job, is fed up with being selfless, and desires to travel; Lee Jeong-hwan (Lee Min-ki (이민기) is unemployed and newly single; Yoo Ga-yeong (Yoo Jin (유진) is an over-worked K-pop idol with low self-esteem; and couple Lee Yeon-sook (Lee Il-hwa (이일화) and Park Joong-sik (Lee Moon-sik (이문식), who have lived a comfortable existence until Joong-sik was recently diagnosed with a brain tumor. Escaping to Boracay either to resolve or flee their problems, all six learn the value of having someone special in life. 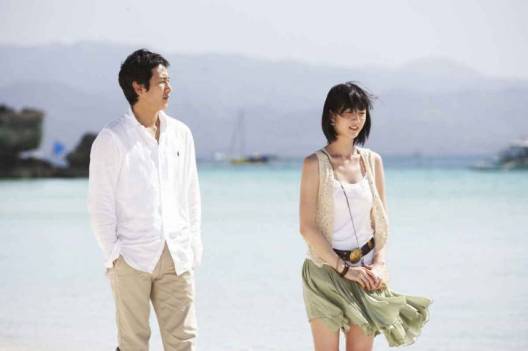 Jae-hyeok forms a relationship with Soo-jin

While the exotic locations within Romantic Island are a visual treat, there is unfortunately no escaping the fact that the romantic comedy is a rather dull and contrived film. To be fair, the tongue-in-cheek and knowingly cliched nature of the narrative means Romantic Island never intends to aim higher than crowd-pleasing entertainment, yet the film features an array of shortcomings that detract from its enjoyability. Chief among the criticisms is the unbalanced time allocated to each couple. Jae-hyuk and Soo-jin are primarily focused on in terms of character development, while Ga-yeong and Jeong-hwan are generally limited to an attractive couple enjoying themselves in montages. The final couple, Yeon-sook and Joong-sik, are virtually left on the sidelines for the duration and utilised to usher in the more silly gangster elements within the film. The inclusion of criminality with Romantic Island is intentionally daft but also quite bizarre, featuring camp swindling Koreans and Filipino child assassins. This would be fine except for the fact that their addition is distracting contrived, and, most importantly, that they are simply not funny.

Aside from a few scenes, comedy is sadly lacking throughout the film. The dramatic threads that attempt to take its place are interesting and have potential, yet are never developed into something for audiences to highly empathize with. Jae-hyeok visits The Philippines as his father, who abandoned his son and re-married in the country, has died. Soo-jin is sick of her job and selflessly providing for her family, providing impetus for travel. While the duo attempt to help each other address their problems, the issues are not developed enough to be compelling nor the resolutions enough to be convincing. Similarly Kpop idol Ga-yeong and unemployed Jeong-hwan have little purpose other than to portray an attractive young couple. The most compelling narrative thread belongs to Joong-sik who, diagnosed with a brain tumour, wishes to die and leave the life insurance money for his family leading to darkly comic and tragically romantic scenes. However as he and his wife are sidelined, their story receives little attention. 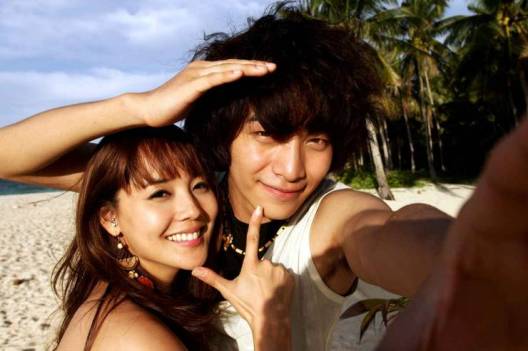 Director Kang Cheol-woo (강철우) competently creates Lee Jeong-sub’s (이정섭) script although the low production values are unfortunately quite clear, particularly when editing between the gorgeous beaches of Boracay and the studio-built interiors. As such Romantic Island feels like a TV movie, although the beautiful locations are impossible to dislike and are distracting enough to largely overlook such shortcomings.

The acting by all involved is ably performed, although to be fair none of the actors are stretched into new territory due to the relative lack of dramatic scenes. Despite this the character of each protagonist is competently conveyed as the stereotypes they are intended to be – the obstinate businessman, the peppy family girl, the cute relaxed bum, the spoilt princess, and so forth – and are enjoyable albeit predictable. 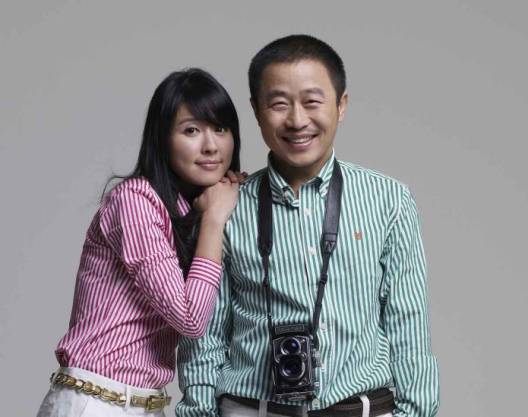 It is impossible not to won over by the beautiful Boracay beaches in Romantic Island, and the premise of disenchanted citizens seeking escapist pastures is as sound as ever. Yet the unbalanced time allocations for each couple, the contrivances within the narrative and the general absence of comedy ultimately detract from the entertainment value. Despite this Romantic Island is a ‘feel-good’ film that will undoubtedly please the tourist board of The Philippines.

For Korean cinema, 2019 was a year that saw the continuation of trends that have been readily apparent for the past several years - an increasing number of big blockbuster/commercially-orientated films with high production values, and the decreasing quality of creative, engaging, and memorable stories. That is not to say the talent has disappeared of... END_OF_DOCUMENT_TOKEN_TO_BE_REPLACED
2018 was quite a bizarre year for Korean cinema. The year began much like any other. The first few months of the year were typically dedicated to family-friendly fare. News of Korean films that were... END_OF_DOCUMENT_TOKEN_TO_BE_REPLACED
While the films released throughout any particular year are indicative of a country's identity, for Korean cinema in 2017 the exploration of political and social issues were especially revealing of the cultural shift that has... END_OF_DOCUMENT_TOKEN_TO_BE_REPLACED

Acclaimed actress Jeon Do-yeon is to be honoured at the 21st Bucheon International Fantastic Film Festival (BiFan) this year, in celebration of her 20 year career that began with Contact back in 1997. Entitled 'Contact, Jeon Do-yeon,' the special program is dedicated to the revered actress and will feature highlights from her incredible filmography, including Secret Sunshine... END_OF_DOCUMENT_TOKEN_TO_BE_REPLACED
Director Kim Jong-Kwan is well-known to fans of independent Korean cinema. A graduate of the Seoul Institute of the Arts, his short film How to Operate a Polaroid... END_OF_DOCUMENT_TOKEN_TO_BE_REPLACED
We are just one week away from the start of the 2nd Korea International Expat Film Festival (KIXFF).  Festival director Kevin Lambert took some time from his busy schedule to answer questions about the festival which... END_OF_DOCUMENT_TOKEN_TO_BE_REPLACED

Having a film selected to premiere at the Cannes Film Festival is an incredible achievement - having two is quite extraordinary. Yet that is precisely what director Hong Sang-soo has done, as The Day After (그 후) and Claire's Camera (클레어의 카메라) are due to be screened, with both films starring actress Kim Min-hee. Selected for the 'In Competition'... END_OF_DOCUMENT_TOKEN_TO_BE_REPLACED
The Villainess (악녀) has received an explosive trailer in the run-up to its debut at the Cannes Film Festival on May 21st. Appearing in the 'Out of Competition - Midnight Projections' program, writer/director Jung Byung-gil's latest... END_OF_DOCUMENT_TOKEN_TO_BE_REPLACED
Director Bong Joon-ho's Okja (옥자) is almost upon us. The highly anticipated science-fiction/drama is set to premiere In Competition at the Cannes Int. Film Festival on May 19th, before appearing on Korean cinema screens around June... END_OF_DOCUMENT_TOKEN_TO_BE_REPLACED