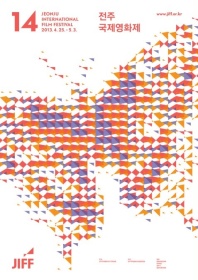 In part 1 of the examination of the 14th Jeonju Film Festival’s Korean Short Film Competition, 10 of the shorts were profiled and discussed. There are an interesting range of shorts in competition this year, including some animated entries and some experimental filmmaking, although for most there appears to be a real social-realist heart at the core of most of the films, particularly in regards to youth. Contemporary issues including teenage pregnancy, young runaways, extreme shyness, disillusioned youth, and the political impact on young minds are prominent issues at this year’s festival, and it’s really interesting to see such a strong devotion to youth issues.

This second part of the feature on the Short Film Competition explores the final 10 shorts within the category. As with the first part, youth issues seem to be the primary focus alongside more experimental fare and looks to be a very interesting lineup.

Synopsis: The film explores the lives of teenage girls in contemporary Korea through the theft of an ipod, which brings to light issues of trust, jealousy, and companionship. The highly competitive and stressful life of Korean high school girls is potent material, and this film could shine a new perspective on a timely subject. 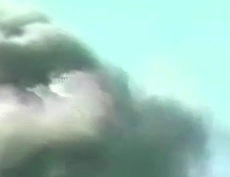 Synopsis: Another experimental addition to the lineup, Phase is concerned with ‘images that mutate’ by employing abstract images, footage from historical events, and phrases and mottos. The images that are circulating are quite attractive, and it will be interesting to see how director Oh uses them.

Synopsis: Experimental film Road Movie ‘portrays the existential base of film’ by utilising cinematic conventions in exploring the medium. Light, shadow and motion are used in conjunction with editing techniques as the film moves along a course.

Synopsis: Sisibibi explores the notion of contemporary masculinity through two drunk central protagonists. Their discussion about what defines masculinity and what women are looking for, results into a competition. Contemporary Korean masculinity is complicated to say the least, so this could highlight some interesting issues.

Synopsis: This short has an intriguing premise, as a young boy who has only had a diet consisting of natural foods is suddenly introduced to chocolate. Themes of parental trust and ‘blind faith’ are explored as the boy becomes open to new possibilities. Symbolic and timely material due to the generation gap.

The Sound of Rain (빗소리)

The Sound of Rain (빗소리)

Synopsis: Exploring the fragility and innocence of the very young, The Sound of Rain depicts the anxieties of a kindergarten girl who has gone to school without an umbrella on a rainy day. Parental responsibilities and maternal abandonment are key themes within the film, and emphasize a growing social problem.

Synopsis: Another entry highlighting the social problems of teenage girls, The Wish explores the notion of popularity according to wealth in a middle school. When a supernatural ritual becomes fashionable at the school, jealousies and rivalries are examined.

Synopsis: This 9 minute short is divided into 3 ‘episodes’ that explore the cinematic techniques involving depth. Director Choi employs the theme of depth in a variety of ways, using the camera to penetrate different realms of distance, and could be potentially illuminating.

Synopsis: One of the more traditional genre entries, Trunk appear to be a short thriller that involves a woman too curious for her own good. When she takes a peek inside a car trunk that has been left open, there are ramifications to be had. It will be interesting to see if director Kim can fulfill the tension that the synopsis suggests.

Synopsis: Only the second animated entry this year, director Park’s Two Gentleman is quite a departure from the distinctly Korean issues explored by his peers. The film examines the snobbish nature of two French art critics as they quarrel over a painting, uses satire to do so.

For Korean cinema, 2019 was a year that saw the continuation of trends that have been readily apparent for the past several years - an increasing number of big blockbuster/commercially-orientated films with high production values, and the decreasing quality of creative, engaging, and memorable stories. That is not to say the talent has disappeared of... END_OF_DOCUMENT_TOKEN_TO_BE_REPLACED
2018 was quite a bizarre year for Korean cinema. The year began much like any other. The first few months of the year were typically dedicated to family-friendly fare. News of Korean films that were... END_OF_DOCUMENT_TOKEN_TO_BE_REPLACED
While the films released throughout any particular year are indicative of a country's identity, for Korean cinema in 2017 the exploration of political and social issues were especially revealing of the cultural shift that has... END_OF_DOCUMENT_TOKEN_TO_BE_REPLACED

Acclaimed actress Jeon Do-yeon is to be honoured at the 21st Bucheon International Fantastic Film Festival (BiFan) this year, in celebration of her 20 year career that began with Contact back in 1997. Entitled 'Contact, Jeon Do-yeon,' the special program is dedicated to the revered actress and will feature highlights from her incredible filmography, including Secret Sunshine... END_OF_DOCUMENT_TOKEN_TO_BE_REPLACED
Director Kim Jong-Kwan is well-known to fans of independent Korean cinema. A graduate of the Seoul Institute of the Arts, his short film How to Operate a Polaroid... END_OF_DOCUMENT_TOKEN_TO_BE_REPLACED
We are just one week away from the start of the 2nd Korea International Expat Film Festival (KIXFF).  Festival director Kevin Lambert took some time from his busy schedule to answer questions about the festival which... END_OF_DOCUMENT_TOKEN_TO_BE_REPLACED

Having a film selected to premiere at the Cannes Film Festival is an incredible achievement - having two is quite extraordinary. Yet that is precisely what director Hong Sang-soo has done, as The Day After (그 후) and Claire's Camera (클레어의 카메라) are due to be screened, with both films starring actress Kim Min-hee. Selected for the 'In Competition'... END_OF_DOCUMENT_TOKEN_TO_BE_REPLACED
The Villainess (악녀) has received an explosive trailer in the run-up to its debut at the Cannes Film Festival on May 21st. Appearing in the 'Out of Competition - Midnight Projections' program, writer/director Jung Byung-gil's latest... END_OF_DOCUMENT_TOKEN_TO_BE_REPLACED
Director Bong Joon-ho's Okja (옥자) is almost upon us. The highly anticipated science-fiction/drama is set to premiere In Competition at the Cannes Int. Film Festival on May 19th, before appearing on Korean cinema screens around June... END_OF_DOCUMENT_TOKEN_TO_BE_REPLACED
Loading Comments...