After the incredible success of his first feature My Sassy Girl in 2001 – which depicted a contemporary and quirky tale of love – director Kwak Jae-Yong (곽재용) turned his attention to more traditional romance with his follow-up The Classic (클래식). Featuring one of the queens of the genre in the form of Son Ye-jin (손예진), The Classic is exactly as the title suggests employing conventions ranging from Cyrano de Bergerac style love letters, dual romantic narrative between the present and the nostalgic past, social and parental oppression, and a love that destiny simply refuses to let go. As such The Classic is highly cliched yet also charming portrayal of classic love, often helping to glaze over the unbalanced narrative and occasional confusion of Son Ye-jin’s dual roles with romantic scenes that are ‘classic’ in nature.

In the present, university student Ji-hye (Son Ye-jin) feels upset and lonely; she has been writing love letters to fellow student Sang-min (Jo In-Seong (조인성) at the request of her friend, yet in truth Ji-hye is also in love with the popular boy. To distract her from the sadness of her situation, Ji-hye begins reading a journal kept by her mother Joo-hee (also Son Ye-jin) about how her parents met, and soon discovers that she has a lot more in common with their story than she first realized. As the trails and tribulations of her parents classic love story unfolds, so to does Ji-hye struggle with her own relationship issues as she attempts to win over the man of her dreams.

Writer/directed Kwak Jae-Yong does a great job in recreating classic scenes and sequences from romantic films, and his directorial style is highly competent throughout making for a melodramatic yet engaging experience. The premise of Ji-hye reading and learning about the love that developed between her parents and comparing it to her situation is cliched yet compelling. However the major problem with The Classic stems from the enormous imbalance between both protagonists, as Ji-hye’s contemporary story is relegated to the sidelines in favour of Joo-hee’s nostalgic tale. Such is the scale of the unevenness that it is entirely possible to forget the Ji-hye’s narrative even exists as the director focuses almost exclusively on nostalgic notions of love. This is compounded further as when the narrative does eventually venture into Ji-hye’s world she re-enacts incredibly similar situations to that experienced by her mother; Ji-hye seemingly does not learn from the journal entries to improve her own situation and as such her story is simultaneously undermined and dull. Confusion also arises with the very odd decision to cast Son Ye-jin in dual roles as mother and daughter, as the mise-en-scene and characterization are so similar it is often due to the presence of the supporting cast to confirm in what era the audience now reside. When focusing on Ji-hye’s contemporary romance it is difficult to empathise and become invested in her problematic love triangle, as the protagonists of the era are incredibly underdeveloped to the point of indifference.

Where The Classic does succeed is in the portrayal of Joo-hee’s romantic tale, featuring oppression from society and their parents, secret love letters, and battling with the guilt of deceiving a mutual friend. The struggles the couple face and overcome are engaging and poignant, just as their punishments and separations are moving. Through the nostalgic angle applied the cliches are less frustrating and more charismatic, with scenes such as catching fireflies and carrying Joo-hee due to a sprained ankle sweet-natured and innocent. 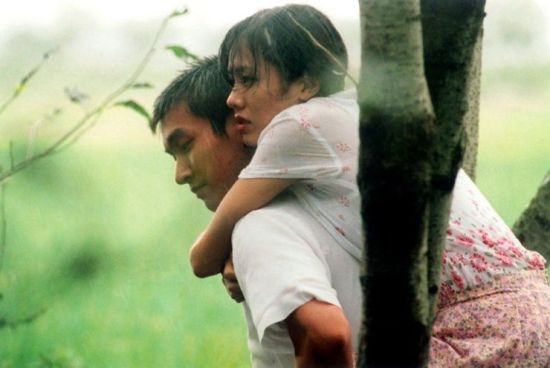 Joo-hee’s story is a classic tale of romance

While Son Ye-jin may very well be a romance queen, providing an exceptional performance as an Alzheimer’s sufferer in A Moment To Remember, The Classic highlights an inability to convey different characteristics in her dual roles as daughter Ji-hye and mother Joo-hee. As Son Ye-jin essentially performs the same character twice, it is incredibly difficult to distinguish which character she is performing adding confusion as to which era the audience are viewing. Frustrations aside, Son Ye-jin has her reputation for a reason and does convey innocence and heartache wonderfully and with sincerity, making Joo-hee a highly empathic and compelling character and Ji-hye – due to the lesser character development – enjoyable and interesting.

As Joo-hee’s love interest Joon-ha, Jo Seung-woo (조승우) is excellent and offers a wonderful role as both a nostalgic example of chivalry and a male counterpoint for Ji-hye, as both take on the Cyrano de Bergerac position of writing love letters for someone else. Jo Seung-woo portrays the love and desire for Joo-hee well, and more dramatic scenes with equal competence. 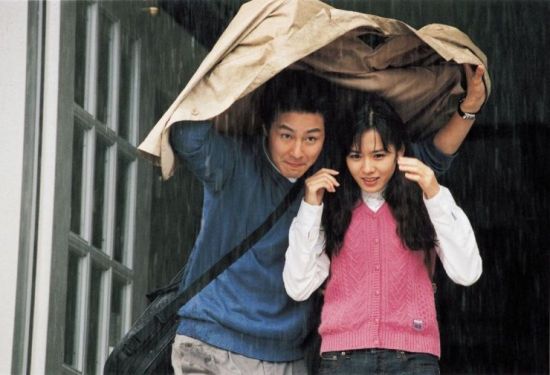 As an homage of sorts to traditional love stories, The Classic succeeds in employing an array of charming cliches that – due to the nostalgic perspective of Joo-hee’s story – are engaging and entertaining portrayals of old-school love. Yet the film stalls through the incredibly unbalanced narrative shift between the past and the present, reserving all empathy and interest in ‘the classic’ and effectively undermining Ji-hye’s contemporary story. As such The Classic is something of a mixed offering, yet it offers enough charisma to be an enjoyable tale of traditional love.

For Korean cinema, 2019 was a year that saw the continuation of trends that have been readily apparent for the past several years - an increasing number of big blockbuster/commercially-orientated films with high production values, and the decreasing quality of creative, engaging, and memorable stories. That is not to say the talent has disappeared of... END_OF_DOCUMENT_TOKEN_TO_BE_REPLACED
2018 was quite a bizarre year for Korean cinema. The year began much like any other. The first few months of the year were typically dedicated to family-friendly fare. News of Korean films that were... END_OF_DOCUMENT_TOKEN_TO_BE_REPLACED
While the films released throughout any particular year are indicative of a country's identity, for Korean cinema in 2017 the exploration of political and social issues were especially revealing of the cultural shift that has... END_OF_DOCUMENT_TOKEN_TO_BE_REPLACED

Acclaimed actress Jeon Do-yeon is to be honoured at the 21st Bucheon International Fantastic Film Festival (BiFan) this year, in celebration of her 20 year career that began with Contact back in 1997. Entitled 'Contact, Jeon Do-yeon,' the special program is dedicated to the revered actress and will feature highlights from her incredible filmography, including Secret Sunshine... END_OF_DOCUMENT_TOKEN_TO_BE_REPLACED
Director Kim Jong-Kwan is well-known to fans of independent Korean cinema. A graduate of the Seoul Institute of the Arts, his short film How to Operate a Polaroid... END_OF_DOCUMENT_TOKEN_TO_BE_REPLACED
We are just one week away from the start of the 2nd Korea International Expat Film Festival (KIXFF).  Festival director Kevin Lambert took some time from his busy schedule to answer questions about the festival which... END_OF_DOCUMENT_TOKEN_TO_BE_REPLACED

Having a film selected to premiere at the Cannes Film Festival is an incredible achievement - having two is quite extraordinary. Yet that is precisely what director Hong Sang-soo has done, as The Day After (그 후) and Claire's Camera (클레어의 카메라) are due to be screened, with both films starring actress Kim Min-hee. Selected for the 'In Competition'... END_OF_DOCUMENT_TOKEN_TO_BE_REPLACED
The Villainess (악녀) has received an explosive trailer in the run-up to its debut at the Cannes Film Festival on May 21st. Appearing in the 'Out of Competition - Midnight Projections' program, writer/director Jung Byung-gil's latest... END_OF_DOCUMENT_TOKEN_TO_BE_REPLACED
Director Bong Joon-ho's Okja (옥자) is almost upon us. The highly anticipated science-fiction/drama is set to premiere In Competition at the Cannes Int. Film Festival on May 19th, before appearing on Korean cinema screens around June... END_OF_DOCUMENT_TOKEN_TO_BE_REPLACED