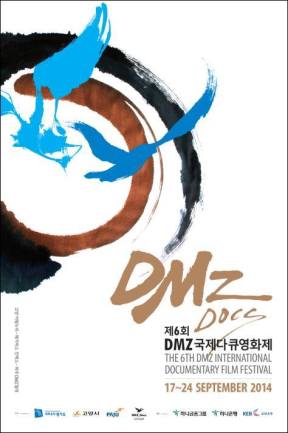 The 6th DMZ Documentary Film Festival is due to commence from September 17th (Wed) until 24th (Wed) in the suburban city of Ilsan, Gyeonggi Province.

This is the second consecutive year that the festival has operated in Ilsan following the move from the DMZ/Paju region. The films will be screened at the Kintex Megabox Cinema, located nearby Juyeop and Daehwa subway stations on line number 3 (see map below).

111 documentaries from 30 countries comprise the 6th edition, which focuses on the themes of peace, communication and life. The festival will open with director E Il-ha’s (이일하) Crying Boxers (울보 권투부).

In the International Competition program are 12 films that explore an array of human rights, historical and socio-cultural issues from around the world. The winning film will receive a trophy and ₩15 million, as well as the honour of ending the festival as the closing film. Meanwhile the Korean Competition features 9 documentaries that examines a variety of issues related to the peninsula, with the victor set to gain a ₩10 million prize plus a trophy.

For the official DMZ Docs trailer, please see below.

The non-competition category holds notable exciting entries. In Global Vision, exciting works outside of Asia will be screened, including Robert Greene’s Actress which depicts a woman attempting to reclaim her life as a performer, and Andre Singer’s Night Will Fall, exploring the horrors of the Nazi concentration camps. Within Asian Perspective, key productions from filmmakers throughout the region appear, such as Adjani Arumpac’s War is a Tender Thing chronicling the effect of war in The Philippines.

Korean Docs Showcase features a mixture of new films as well as a selection that have appeared at prior festivals. The poetic industrial film A Dream of Iron by Kelvin Kyung Kun Park and Hwang Yun’s examination of pig farming practices in The Omnivorous Family are to be screened, alongside sex industry exploration Grace Period, musical docs Hurry Up, Slowly! and Highway Stars, and multi-racial lesbian issues in First Dance.

Crying Boxers explores the life of Korean high school students in Japan. While right-wing extremists protest at their existence within Japanese society, the students attempt to study with some taking up boxing lessons after school. With an awareness of the discrimination around them, the students prepare themselves for a boxing tournament as well as for life after high school.

Please see below for the screening venues. 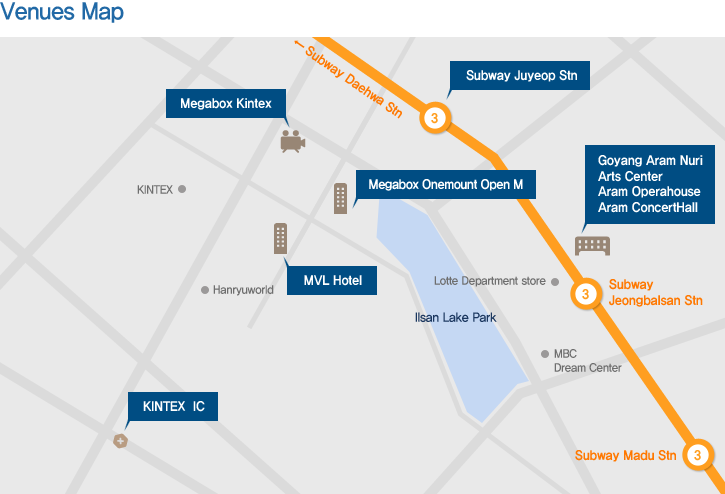 For Korean cinema, 2019 was a year that saw the continuation of trends that have been readily apparent for the past several years - an increasing number of big blockbuster/commercially-orientated films with high production values, and the decreasing quality of creative, engaging, and memorable stories. That is not to say the talent has disappeared of... END_OF_DOCUMENT_TOKEN_TO_BE_REPLACED
2018 was quite a bizarre year for Korean cinema. The year began much like any other. The first few months of the year were typically dedicated to family-friendly fare. News of Korean films that were... END_OF_DOCUMENT_TOKEN_TO_BE_REPLACED
While the films released throughout any particular year are indicative of a country's identity, for Korean cinema in 2017 the exploration of political and social issues were especially revealing of the cultural shift that has... END_OF_DOCUMENT_TOKEN_TO_BE_REPLACED

Acclaimed actress Jeon Do-yeon is to be honoured at the 21st Bucheon International Fantastic Film Festival (BiFan) this year, in celebration of her 20 year career that began with Contact back in 1997. Entitled 'Contact, Jeon Do-yeon,' the special program is dedicated to the revered actress and will feature highlights from her incredible filmography, including Secret Sunshine... END_OF_DOCUMENT_TOKEN_TO_BE_REPLACED
Director Kim Jong-Kwan is well-known to fans of independent Korean cinema. A graduate of the Seoul Institute of the Arts, his short film How to Operate a Polaroid... END_OF_DOCUMENT_TOKEN_TO_BE_REPLACED
We are just one week away from the start of the 2nd Korea International Expat Film Festival (KIXFF).  Festival director Kevin Lambert took some time from his busy schedule to answer questions about the festival which... END_OF_DOCUMENT_TOKEN_TO_BE_REPLACED

Having a film selected to premiere at the Cannes Film Festival is an incredible achievement - having two is quite extraordinary. Yet that is precisely what director Hong Sang-soo has done, as The Day After (그 후) and Claire's Camera (클레어의 카메라) are due to be screened, with both films starring actress Kim Min-hee. Selected for the 'In Competition'... END_OF_DOCUMENT_TOKEN_TO_BE_REPLACED
The Villainess (악녀) has received an explosive trailer in the run-up to its debut at the Cannes Film Festival on May 21st. Appearing in the 'Out of Competition - Midnight Projections' program, writer/director Jung Byung-gil's latest... END_OF_DOCUMENT_TOKEN_TO_BE_REPLACED
Director Bong Joon-ho's Okja (옥자) is almost upon us. The highly anticipated science-fiction/drama is set to premiere In Competition at the Cannes Int. Film Festival on May 19th, before appearing on Korean cinema screens around June... END_OF_DOCUMENT_TOKEN_TO_BE_REPLACED
Join 143 other followers
Loading Comments...