Following her husband’s untimely death, Seoulite Sin-ae (Jeon Do-yeon (전도연) decides to fulfill the late man’s greatest wish by relocating to his hometown of Miryang and raise their son Jun. Initially the countryside town seems an odd place, yet Sin-ae quickly settles in by making acquaintances with overly friendly mechanic Jong-chan (Song Kang-ho (송강호) and setting up a piano academy. The newly single-mum also reveals her intentions to develop an area of land to the residents, and begins scouting with assistance Jong-chan in tow. Yet when a further terrible tragedy occurs, Sin-ae’s very sanity is tested as she struggles to cope in the aftermath. As she turns to any available source to alleviate her trauma, Jong-chan continues to try and help. 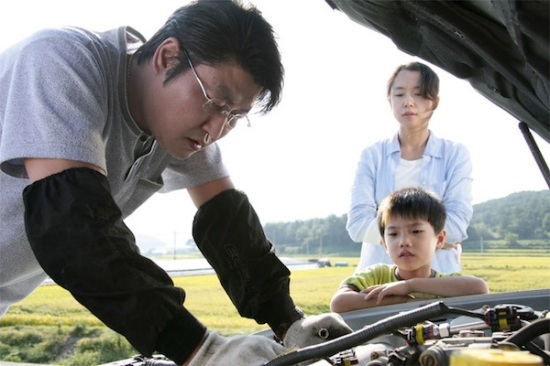 Secret Sunshine is an absolutely exceptional film and a true modern classic of Korean cinema.

Throughout his relatively small but undeniably brilliant filmography, director Lee Chang-dong (이창동) has keenly and insightfully explored a multitude of social discourses that afflict contemporary Korea. With Secret Sunshine the auteur examines the nature of grief and psychological instability following devastating trauma, as well as the ideology of small country towns alongside the devout embrace of religion. It’s extremely weighty material yet director Lee deftly constructs both the narrative and the visual aesthetic with such an assured poetic confidence that the themes combine seamlessly, as well as expressing a level of wisdom and awareness many other filmmakers can only dream of. The result is a drama that is a simultaneously beautiful and incredibly intense viewing experience, one which impresses and inspires on multiple levels with its insightful poignancy, while also exuding a power that resonates long after the credits roll.

The intensity and emotional magnitude of Secret Sunshine ironically lies in the subtle grace within which the story is told. The social-realism director Lee employs is as potent as ever, yet with Secret Sunshine he seems to remove any and all directorial flourishes. The approach is incredibly effective as the absence of dramatic devices allows the story to simply stand on its own merits and forces the audience to engage intellectually, emotionally, and morally with the topics being explored, as well as demand that they draw their own conclusions from the debates put forth. As such the film is a truly immersive experience that is ingenious in its simplicity yet phenomenally affecting. 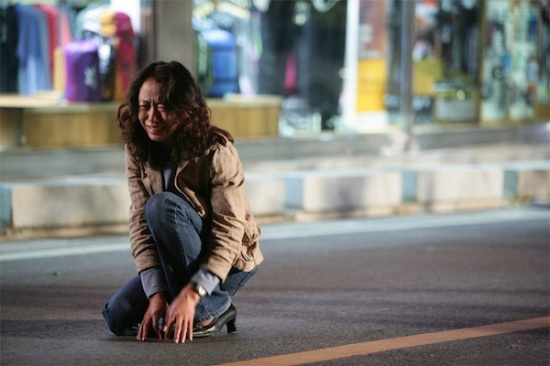 Following a tragic incident, Sin-ae spirals into grief and despair

Chiefly, the debates examined in Secret Sunshine are centered around the general negligence involved in suffering, and the role of religion in society. In taking a step away from employing potentially manipulative cinematic devices, director Lee quite naturally allows the issues to expose themselves for the ignorance and hypocrisy inherent within. The manner in which he does so is fascinating, as within the context of Shin-ae’s attempts to reconcile her grief he simply applies the logic of the ideology in question so that it ultimately ridicules itself. For example, Shin-ae’s internal conflict involving the notion of forgiveness is potently used to express the pretense involved in religion and in revealing the nature of grief, as well as articulating the narrow-minded sensibilities of the local community. The remarkable story itself holds the compulsion of debate, and director Lee is masterful in letting it speak volumes.

Yet Secret Sunshine would lack all conviction if not for the exquisite performance of Jeon Do-yeon. Jeon’s breathtaking, captivating turn as the grief-stricken mother earned her the Best Actress award at the Cannes Film Festival, cementing her position as one of the most highly regarded film talents in Korean cinematic history. It is difficult to overstate just how incredible the performance is, as Jeon’s uncanny ability to inhabit a role rather than act it reaches unbelievable levels of sincerity and poignancy, absolutely deserving every ounce of praise and acclaim. From the moment Secret Sunshine begins it gradually becomes clear that Jeon infuses the character of Sin-ae with psychological instability, with the manner in which she transitions into different realms of neuroses following a series of terrible events a masterclass in acting prowess. Jeon Do-yeon’s performance is so mesmerizing that co-star Song Kang-ho is largely overshadowed, although he also provides a highly compelling role as overly-kind yet somewhat unnerving mechanic Jong-chan. 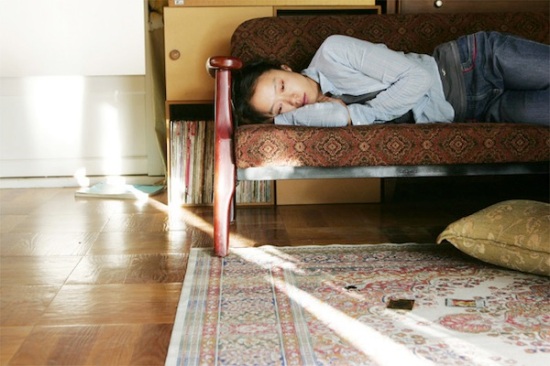 Secret Sunshine is a truly exceptional film and a genuine modern classic of Korean cinema. Auteur Lee Chang-dong is simply remarkable in crafting the insightful story of grief, removing directorial flourishes to allow the incredible story to present debates on its own merits and forcing audience engagement with difficult material. Featuring an exquisite performance by Jeon Do-yeon, who took the top prize at Cannes for her role, Secret Sunshine is a phenomenal drama that every film fan should see.

For Korean cinema, 2019 was a year that saw the continuation of trends that have been readily apparent for the past several years - an increasing number of big blockbuster/commercially-orientated films with high production values, and the decreasing quality of creative, engaging, and memorable stories. That is not to say the talent has disappeared of... END_OF_DOCUMENT_TOKEN_TO_BE_REPLACED
2018 was quite a bizarre year for Korean cinema. The year began much like any other. The first few months of the year were typically dedicated to family-friendly fare. News of Korean films that were... END_OF_DOCUMENT_TOKEN_TO_BE_REPLACED
While the films released throughout any particular year are indicative of a country's identity, for Korean cinema in 2017 the exploration of political and social issues were especially revealing of the cultural shift that has... END_OF_DOCUMENT_TOKEN_TO_BE_REPLACED

Acclaimed actress Jeon Do-yeon is to be honoured at the 21st Bucheon International Fantastic Film Festival (BiFan) this year, in celebration of her 20 year career that began with Contact back in 1997. Entitled 'Contact, Jeon Do-yeon,' the special program is dedicated to the revered actress and will feature highlights from her incredible filmography, including Secret Sunshine... END_OF_DOCUMENT_TOKEN_TO_BE_REPLACED
Director Kim Jong-Kwan is well-known to fans of independent Korean cinema. A graduate of the Seoul Institute of the Arts, his short film How to Operate a Polaroid... END_OF_DOCUMENT_TOKEN_TO_BE_REPLACED
We are just one week away from the start of the 2nd Korea International Expat Film Festival (KIXFF).  Festival director Kevin Lambert took some time from his busy schedule to answer questions about the festival which... END_OF_DOCUMENT_TOKEN_TO_BE_REPLACED

Having a film selected to premiere at the Cannes Film Festival is an incredible achievement - having two is quite extraordinary. Yet that is precisely what director Hong Sang-soo has done, as The Day After (그 후) and Claire's Camera (클레어의 카메라) are due to be screened, with both films starring actress Kim Min-hee. Selected for the 'In Competition'... END_OF_DOCUMENT_TOKEN_TO_BE_REPLACED
The Villainess (악녀) has received an explosive trailer in the run-up to its debut at the Cannes Film Festival on May 21st. Appearing in the 'Out of Competition - Midnight Projections' program, writer/director Jung Byung-gil's latest... END_OF_DOCUMENT_TOKEN_TO_BE_REPLACED
Director Bong Joon-ho's Okja (옥자) is almost upon us. The highly anticipated science-fiction/drama is set to premiere In Competition at the Cannes Int. Film Festival on May 19th, before appearing on Korean cinema screens around June... END_OF_DOCUMENT_TOKEN_TO_BE_REPLACED