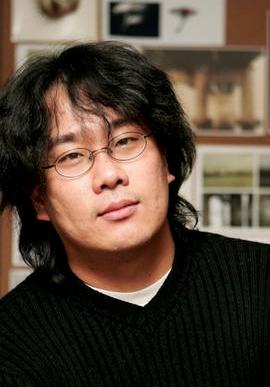 After making several short – and highly regarded – films, Bong Joon-ho (봉준호) made his feature-length directorial debut in 2000 with Barking Dogs Never Bite (플안다스의 개). However the film did not perform well at the box office, and was generally considered a flop.

Three years later Bong Joon-ho silenced the critics with Memories of Murder (살인의 추억). Based on the true story of a serial killer that was never found during the 1980s, the film catapulted the director into the limelight with his mixture of artistic sensibilities, social awareness, and visual style.

Bong Joon-ho further cemented his position as one of the best directors in the country with the incredibly successful The Host (괴물). The film became the most commercially successful production in Korean cinema history, and gained widespread international recognition.

After directing a segment of TOKYO! (도쿄!) in 2008, 2009 saw Bong Joon-ho direct Mother (마더), a thriller involving an elderly woman and her mentally ill son. The film received several awards at international film festivals, notably for  the powerful performances of the two lead actors, and further satisfied calls for the director to be labelled as an auteur.

In 2013 director Bong released his next project and the most expensive ($40 million) Korean film to date, Snowpiercer (설국열차). Based on the French comic book series Le Transperceneige, Snowpiercer was a huge success upon release in Korea, and was also unique in that around 80% of the dialogue is in English and well as for the involvement of The Weinstein Company.

For Korean cinema, 2019 was a year that saw the continuation of trends that have been readily apparent for the past several years - an increasing number of big blockbuster/commercially-orientated films with high production values, and the decreasing quality of creative, engaging, and memorable stories. That is not to say the talent has disappeared of... END_OF_DOCUMENT_TOKEN_TO_BE_REPLACED
2018 was quite a bizarre year for Korean cinema. The year began much like any other. The first few months of the year were typically dedicated to family-friendly fare. News of Korean films that were... END_OF_DOCUMENT_TOKEN_TO_BE_REPLACED
While the films released throughout any particular year are indicative of a country's identity, for Korean cinema in 2017 the exploration of political and social issues were especially revealing of the cultural shift that has... END_OF_DOCUMENT_TOKEN_TO_BE_REPLACED

Acclaimed actress Jeon Do-yeon is to be honoured at the 21st Bucheon International Fantastic Film Festival (BiFan) this year, in celebration of her 20 year career that began with Contact back in 1997. Entitled 'Contact, Jeon Do-yeon,' the special program is dedicated to the revered actress and will feature highlights from her incredible filmography, including Secret Sunshine... END_OF_DOCUMENT_TOKEN_TO_BE_REPLACED
Director Kim Jong-Kwan is well-known to fans of independent Korean cinema. A graduate of the Seoul Institute of the Arts, his short film How to Operate a Polaroid... END_OF_DOCUMENT_TOKEN_TO_BE_REPLACED
We are just one week away from the start of the 2nd Korea International Expat Film Festival (KIXFF).  Festival director Kevin Lambert took some time from his busy schedule to answer questions about the festival which... END_OF_DOCUMENT_TOKEN_TO_BE_REPLACED

Having a film selected to premiere at the Cannes Film Festival is an incredible achievement - having two is quite extraordinary. Yet that is precisely what director Hong Sang-soo has done, as The Day After (그 후) and Claire's Camera (클레어의 카메라) are due to be screened, with both films starring actress Kim Min-hee. Selected for the 'In Competition'... END_OF_DOCUMENT_TOKEN_TO_BE_REPLACED
The Villainess (악녀) has received an explosive trailer in the run-up to its debut at the Cannes Film Festival on May 21st. Appearing in the 'Out of Competition - Midnight Projections' program, writer/director Jung Byung-gil's latest... END_OF_DOCUMENT_TOKEN_TO_BE_REPLACED
Director Bong Joon-ho's Okja (옥자) is almost upon us. The highly anticipated science-fiction/drama is set to premiere In Competition at the Cannes Int. Film Festival on May 19th, before appearing on Korean cinema screens around June... END_OF_DOCUMENT_TOKEN_TO_BE_REPLACED