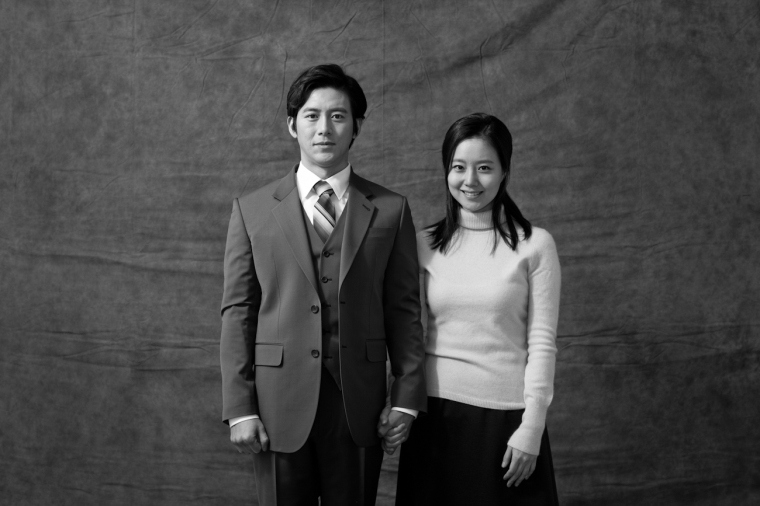 Awaiting (민우씨 오는 날) – or rather, The Day Min-woo Arrives – is part of an omnibus entitled Beautiful 2014, a series of films that explores moments of beauty helmed by some of the most talented filmmakers throughout Asia. Director Kang Je-gyu (강제규), famous for his action/war films including Taegukgi and My Way, is a surprising choice to step up to the microphone for intimate drama Awaiting, yet he has proven himself more than worthy as Awaiting is a beautifully touching and quite lovely short film.

Yoon-hee (Moon Chae-won (문채원) lives alone in Seoul, waiting for her husband Min-woo (Ko Soo (고수) to return home. Every day she is awoken by a phone conversation from Sarah in America, and fills her day with cleaning, shopping, trips to the community center, and making food. Yet Yoon-hee’s memory is slowly beginning to fade, and of late she has taken to writing notes to help get through the day. One day, two people arrive at her home and inform Yoon-hee of some interesting news regarding Min-woo’s whereabouts.

Awaiting is a wonderfully moving and distinctly Korean examination on the nature of love and loss. Director Kang Je-gyu has impressively evolved during the four years since his last film, wisely moving away from the sweeping epic sensibilities of his prior films to focus on the intimate nature of the story. Yet his indelible vision is still clearly present throughout as he explores the division of the peninsula from a refreshing perspective, while his stunning visual sensibilities and unique sense of melodrama remain in tact, accompanied by a tender musical score.

The drama is also a deviation for director Kang in that Awaiting is female-centered, and he expresses Yoon-hee’s story with a quiet sensitivity. Moon Chae-won provides a restrained yet poignant performance as the lonely woman waiting for her husband’s return, an while she isn’t especially challenged in the role  the actress is quite charismatic and endearing. Yoon-hee’s emotional story is a heartbreaking tale, and one which is elegantly, compassionately, told. 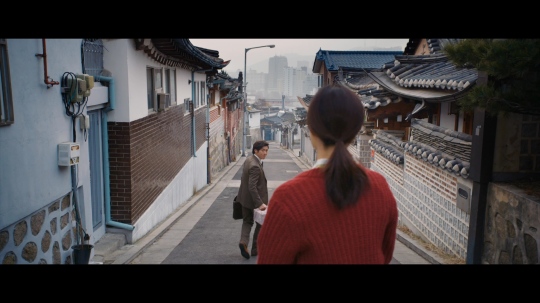 Yoon-hee waits for her husband Min-woo to return

Awaiting is a beautifully moving and quite lovely short film by director Kang Je-gyu, who has impressively altered his epic sensibilities to portray the touching story of a woman waiting for her husband’s return. Compassionate, intimate and distinctly Korean, Awaiting is a poignant and endearing tale of love and loss.

For Korean cinema, 2019 was a year that saw the continuation of trends that have been readily apparent for the past several years - an increasing number of big blockbuster/commercially-orientated films with high production values, and the decreasing quality of creative, engaging, and memorable stories. That is not to say the talent has disappeared of... END_OF_DOCUMENT_TOKEN_TO_BE_REPLACED
2018 was quite a bizarre year for Korean cinema. The year began much like any other. The first few months of the year were typically dedicated to family-friendly fare. News of Korean films that were... END_OF_DOCUMENT_TOKEN_TO_BE_REPLACED
While the films released throughout any particular year are indicative of a country's identity, for Korean cinema in 2017 the exploration of political and social issues were especially revealing of the cultural shift that has... END_OF_DOCUMENT_TOKEN_TO_BE_REPLACED

Acclaimed actress Jeon Do-yeon is to be honoured at the 21st Bucheon International Fantastic Film Festival (BiFan) this year, in celebration of her 20 year career that began with Contact back in 1997. Entitled 'Contact, Jeon Do-yeon,' the special program is dedicated to the revered actress and will feature highlights from her incredible filmography, including Secret Sunshine... END_OF_DOCUMENT_TOKEN_TO_BE_REPLACED
Director Kim Jong-Kwan is well-known to fans of independent Korean cinema. A graduate of the Seoul Institute of the Arts, his short film How to Operate a Polaroid... END_OF_DOCUMENT_TOKEN_TO_BE_REPLACED
We are just one week away from the start of the 2nd Korea International Expat Film Festival (KIXFF).  Festival director Kevin Lambert took some time from his busy schedule to answer questions about the festival which... END_OF_DOCUMENT_TOKEN_TO_BE_REPLACED

Having a film selected to premiere at the Cannes Film Festival is an incredible achievement - having two is quite extraordinary. Yet that is precisely what director Hong Sang-soo has done, as The Day After (그 후) and Claire's Camera (클레어의 카메라) are due to be screened, with both films starring actress Kim Min-hee. Selected for the 'In Competition'... END_OF_DOCUMENT_TOKEN_TO_BE_REPLACED
The Villainess (악녀) has received an explosive trailer in the run-up to its debut at the Cannes Film Festival on May 21st. Appearing in the 'Out of Competition - Midnight Projections' program, writer/director Jung Byung-gil's latest... END_OF_DOCUMENT_TOKEN_TO_BE_REPLACED
Director Bong Joon-ho's Okja (옥자) is almost upon us. The highly anticipated science-fiction/drama is set to premiere In Competition at the Cannes Int. Film Festival on May 19th, before appearing on Korean cinema screens around June... END_OF_DOCUMENT_TOKEN_TO_BE_REPLACED
Join 143 other subscribers