Director Jung Yoon-suk (정윤석) explores the terrible tragedies that occurred in Korea during the 1990s in his gripping and poignant documentary Non-Fiction Diary (논픽션 다이어리). Rather than a run-of-the-mill history film, director Jung has crafted an incredible exploration of the era that examines the role of crime and punishment in Korea, and the disturbing ironies that lie within.

His research takes the audience through some extremely controversial issues that range from the upper to the lower echelons of society, and it’s to Jung’s credit that he pulls no punches when exploring the roles of the politics, media and religion in doing so. In tying seemingly unrelated crimes together, Non-Fiction Diary is an insightful and inspiring documentary that alludes to the corruption in society without becoming a propaganda piece. As such the film is enlightening for both Korean and non-Korean audiences alike, and with receiving the Mecenat award at the Busan Film Festival and invitations to Berlinale amongst many others, Non-Fiction Diary is winning over audiences and critics with its powerful and provocative approach. 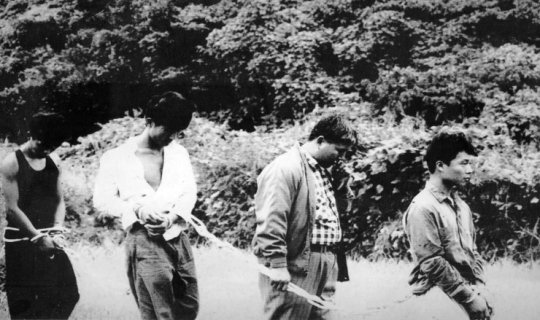 Non-Fiction Diary begins by exploring the case of the Jijon-pa clan in 1994, a group of countryside youths who were so frustrated and angry at Korea’s rapid embrace of neo-capitalism and the unbalanced affluence of citizens that they became serial killers. Their shocking crimes of kidnap, murder and cannibalism were compounded by their clear lack of remorse. The case itself initially appears relatively straightforward, yet director Jung instead chooses to focus on the national hysteria that gripped the nation. Simultaneously frightening, hilarious and absurd, the newsreels, talk shows and interviews that are compiled are incredibly revealing about 1990s Korean culture and the turbulent ideology of the era. Wisely steering clear of turning the documentary into a propaganda piece, the fascinating and provocative images and clips shown are genuine and convey the fear and paranoia towards young people at the time.

The real masterstroke of Non-Fiction Diary are the interviews with the police officers who worked on the case, as well as the prison warden who over-saw the clan’s incarceration. Their frank and honest discussions about the crime and resulting fallout are gripping throughout, adding an entirely new perspective on events that is continually illuminating. It is through them that the documentary takes an unexpected turn, one that moves from judgement into understanding, yet one with a solemn undercurrent with the knowledge that the clan face the death penalty. Exploring the death sentence also allows director Jung to delve into the role of religion, with the contradictions and hypocrisies providing even further depth to the investigation. The interviews are pivotal in grounding the events in reality and by conveying their conflicts – internal and otherwise – the film becomes ever-more insightful and compelling. 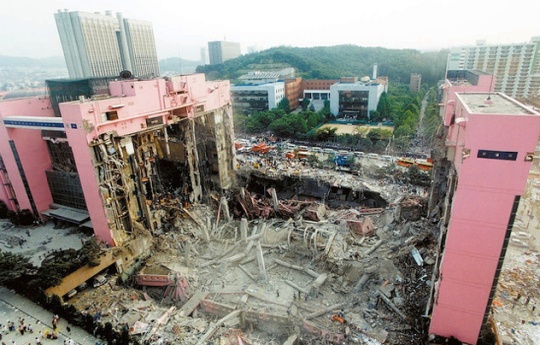 Non-Fiction Diary is also brilliant through examining other disastrous incidents of the era – the collapse of the Seongsu Bridge, and the devastation of the Sampoong Department Store collapse. The documentary takes a wonderfully activist stance in doing so, as after exploring the horrific events and the shocking loss of life, the issue of accountability again rises and makes a great counterpoint to the Jijon-pa clan’s punishment. In emphasising the contradictions, and outright corruption, within the law in regards to the rich and poor director Jung continually makes the case of the unfairness of society and the amorality that seemingly accompanied the embrace of capitalism, and the conclusions he reaches never stop being enlightening.

More controversially, perhaps, is the manner in which director Jung ties the events of the 1990s with the past and present. The decade saw the arrest of former presidents Chun Doo-hwan and Roh Tae-woo for their roles in the 1980 Gwangju Massacre, as well as key figures of the era involved in contemporary scandals. The manner in which such material is presented is consistently disquieting and infuriating, which ironically makes the documentary even more powerful.

Non-Fiction Diary (논픽션 다이어리) is a consistently provocative, insightful and gripping documentary. Director Jung Yoon-suk explores the role of crime and punishment in 1990s Korea with incredible vision, exploring the tumultuous events of the era through a great selection of TV footage and interviews that never stops being compelling. Yet the film’s real strength lies in the manner in which director Jung ties the events together and examines the disturbing ironies within, to produce a shocking yet enlightening dissection of Korean history.

For Korean cinema, 2019 was a year that saw the continuation of trends that have been readily apparent for the past several years - an increasing number of big blockbuster/commercially-orientated films with high production values, and the decreasing quality of creative, engaging, and memorable stories. That is not to say the talent has disappeared of... END_OF_DOCUMENT_TOKEN_TO_BE_REPLACED
2018 was quite a bizarre year for Korean cinema. The year began much like any other. The first few months of the year were typically dedicated to family-friendly fare. News of Korean films that were... END_OF_DOCUMENT_TOKEN_TO_BE_REPLACED
While the films released throughout any particular year are indicative of a country's identity, for Korean cinema in 2017 the exploration of political and social issues were especially revealing of the cultural shift that has... END_OF_DOCUMENT_TOKEN_TO_BE_REPLACED

Acclaimed actress Jeon Do-yeon is to be honoured at the 21st Bucheon International Fantastic Film Festival (BiFan) this year, in celebration of her 20 year career that began with Contact back in 1997. Entitled 'Contact, Jeon Do-yeon,' the special program is dedicated to the revered actress and will feature highlights from her incredible filmography, including Secret Sunshine... END_OF_DOCUMENT_TOKEN_TO_BE_REPLACED
Director Kim Jong-Kwan is well-known to fans of independent Korean cinema. A graduate of the Seoul Institute of the Arts, his short film How to Operate a Polaroid... END_OF_DOCUMENT_TOKEN_TO_BE_REPLACED
We are just one week away from the start of the 2nd Korea International Expat Film Festival (KIXFF).  Festival director Kevin Lambert took some time from his busy schedule to answer questions about the festival which... END_OF_DOCUMENT_TOKEN_TO_BE_REPLACED

Having a film selected to premiere at the Cannes Film Festival is an incredible achievement - having two is quite extraordinary. Yet that is precisely what director Hong Sang-soo has done, as The Day After (그 후) and Claire's Camera (클레어의 카메라) are due to be screened, with both films starring actress Kim Min-hee. Selected for the 'In Competition'... END_OF_DOCUMENT_TOKEN_TO_BE_REPLACED
The Villainess (악녀) has received an explosive trailer in the run-up to its debut at the Cannes Film Festival on May 21st. Appearing in the 'Out of Competition - Midnight Projections' program, writer/director Jung Byung-gil's latest... END_OF_DOCUMENT_TOKEN_TO_BE_REPLACED
Director Bong Joon-ho's Okja (옥자) is almost upon us. The highly anticipated science-fiction/drama is set to premiere In Competition at the Cannes Int. Film Festival on May 19th, before appearing on Korean cinema screens around June... END_OF_DOCUMENT_TOKEN_TO_BE_REPLACED
Join 143 other followers