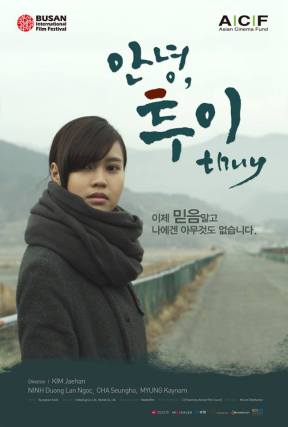 Living in the remote countryside, Vietnamese bride Thuy diligently takes care of her ailing in-laws. As her mother-in-law suffers from Alzheimer’s disease, Thuy’s daily chores become evermore burdensome, particularly as her husband has been absent for an unusually long time. Despite the loneliness Thuy fills her spare time with studying Korean language and attending the local church, living a quiet but content existence. Yet when her husband is found dead in suspicious circumstances, Thuy soon discovers the realities of being a Vietnamese woman in the Korean countryside. 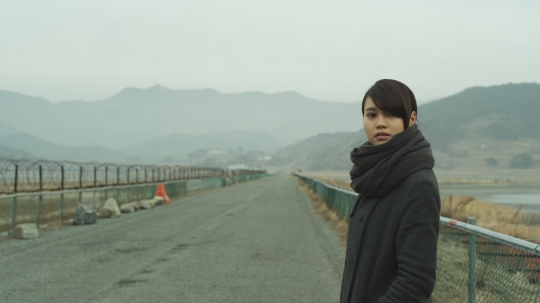 Thuy becomes suspicious when her husband fails to return home

Thuy (안녕, 투이) is an impressive debut by director Kim Jae-han (김재한), both in exploring the issues South-East Asian wives face in Korea and as a visually striking film. Indeed, director Kim and director of photography Kim Sung-tai are to be congratulated for capturing the ethereal beauty of the Korean countryside, as Thuy features some truly gorgeous cinematography involving the natural landscapes of the area. Combined with the washed out tone that permeates exterior scenes throughout the film, the village becomes a palpably foreboding location, one conveyed as forgotten by time and the rest of Korean society. As such Thuy’s isolation and loneliness within the environment are further emphasised, with her plucky attempts to stay positive crafting a naive yet likeable central protagonist. 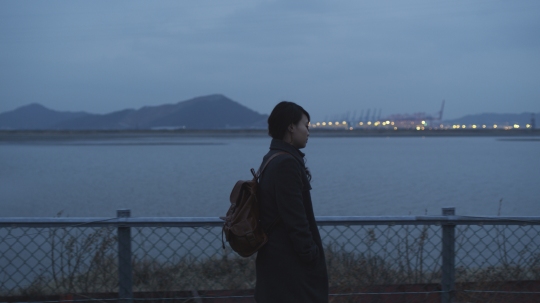 Thuy’s characterisation as a curious, bold and humble young Vietnamese woman is one of the great strengths of the film, and director Kim wisely uses her as a conduit for examining the life of a foreign bride in the countryside. As tradition dictates, Thuy often acts akin to a maid in taking care of her in-laws and diligently studies Korea language at the local church with other foreign wives, something their spouses dislike in case they get any ‘ideas.’ Thuy also witnesses domestic violence – with the victim, rather than the aggressor, locked in jail – as well as the prostitution ring foreign woman can fall into in the city. As such Thuy is quite an insightful film, with the subtlety applied to the societal pressures and prejudice she endures adding further potency.

Where Thuy fails however is in the later attempts to turn an insightful drama into a thriller, and the story suffers greatly for it. Thuy’s inability to accept her husband’s death is wonderful in revealing the tenacity of her character, with her enquiries also revealing a great deal of the prejudice she must endure as an immigrant. However when the story veers away from her into exploring the local police force and neighbourhood watch ‘militia’, something which increasingly occurs as the film progresses, the power and insight begins to wane as it becomes typical genre fare, complete with contrivances that serve to undermine Thuy’s journey. 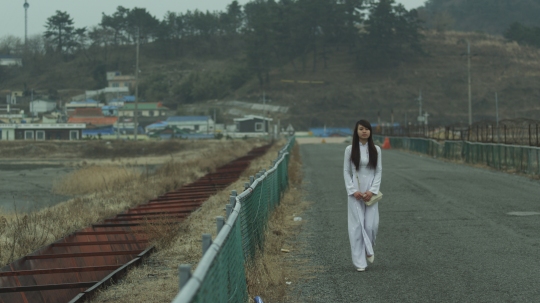 Thuy displays great resolve following the death of her husband

Thuy is an insightful film the explores the issues South-East Asian wives endure in the Korean countryside. Featuring some quite striking cinematography of the ethereal country landscapes, as well as subtlety in examining social issues and prejudice, Thuy is an impressive debut by director Kim Jae-han. However, the attempt to turn the interesting drama into a typical and contrived thriller greatly undermines Thuy’s journey which is quite a shame, as for the most part the film is a potent and welcome addition in depicting concerns faced by female immigrants.

For Korean cinema, 2019 was a year that saw the continuation of trends that have been readily apparent for the past several years - an increasing number of big blockbuster/commercially-orientated films with high production values, and the decreasing quality of creative, engaging, and memorable stories. That is not to say the talent has disappeared of... END_OF_DOCUMENT_TOKEN_TO_BE_REPLACED
2018 was quite a bizarre year for Korean cinema. The year began much like any other. The first few months of the year were typically dedicated to family-friendly fare. News of Korean films that were... END_OF_DOCUMENT_TOKEN_TO_BE_REPLACED
While the films released throughout any particular year are indicative of a country's identity, for Korean cinema in 2017 the exploration of political and social issues were especially revealing of the cultural shift that has... END_OF_DOCUMENT_TOKEN_TO_BE_REPLACED

Acclaimed actress Jeon Do-yeon is to be honoured at the 21st Bucheon International Fantastic Film Festival (BiFan) this year, in celebration of her 20 year career that began with Contact back in 1997. Entitled 'Contact, Jeon Do-yeon,' the special program is dedicated to the revered actress and will feature highlights from her incredible filmography, including Secret Sunshine... END_OF_DOCUMENT_TOKEN_TO_BE_REPLACED
Director Kim Jong-Kwan is well-known to fans of independent Korean cinema. A graduate of the Seoul Institute of the Arts, his short film How to Operate a Polaroid... END_OF_DOCUMENT_TOKEN_TO_BE_REPLACED
We are just one week away from the start of the 2nd Korea International Expat Film Festival (KIXFF).  Festival director Kevin Lambert took some time from his busy schedule to answer questions about the festival which... END_OF_DOCUMENT_TOKEN_TO_BE_REPLACED

Having a film selected to premiere at the Cannes Film Festival is an incredible achievement - having two is quite extraordinary. Yet that is precisely what director Hong Sang-soo has done, as The Day After (그 후) and Claire's Camera (클레어의 카메라) are due to be screened, with both films starring actress Kim Min-hee. Selected for the 'In Competition'... END_OF_DOCUMENT_TOKEN_TO_BE_REPLACED
The Villainess (악녀) has received an explosive trailer in the run-up to its debut at the Cannes Film Festival on May 21st. Appearing in the 'Out of Competition - Midnight Projections' program, writer/director Jung Byung-gil's latest... END_OF_DOCUMENT_TOKEN_TO_BE_REPLACED
Director Bong Joon-ho's Okja (옥자) is almost upon us. The highly anticipated science-fiction/drama is set to premiere In Competition at the Cannes Int. Film Festival on May 19th, before appearing on Korean cinema screens around June... END_OF_DOCUMENT_TOKEN_TO_BE_REPLACED