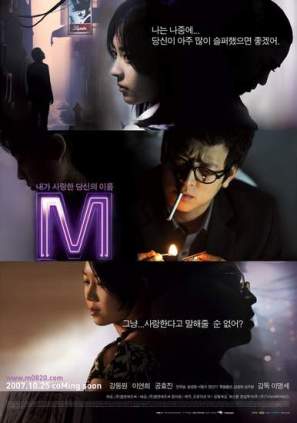 Identity and memory are complicated postmodern concepts to convey cinematically. Michel Gondry’s sublime Eternal Sunshine of the Spotless Mind (2004) is perhaps the most renowned mainstream production to interrogate such abstract subject matter, conveying the importance of love, loss and memory as fundamental in the creation and evolution of identity. Without them, Gondry posits, a person will forever be trapped in an identity loop where choices and mistakes are destined to be repeated.

M (M (엠)) also explores such abstract themes and, thanks to artistic auteur Lee Myeong-se (이명세), in a postmodern art-house style. The result is one that instantly polarizes audiences between those with expectations of mainstream conventions and those with an appreciation of art cinema; the former will dislike the absence of structured storytelling and unconventional visualization, while the latter will find enjoyment in the colours, mise-en-scene, and technical innovation.

Min-woo (Kang Dong-won (강동원) is a successful novelist, struggling to write the amazing idea locked within his brain that he can’t fully recall. Plagued by insomnia, Min-woo suffers from hallucinations and stress – when he does sleep, he is hounded by nightmarish dreams. The boundaries between reality and his subconscious blur constantly as Min-woo is confronted by images and scenarios both new and  vaguely familiar, all the while stalked by love-stricken Mi-mi (Lee Yeon-hee (이연희). Finally confronting each other in a bar, Min-woo tells Mi-mi his idea but awakes in his apartment with no recollection. Pushing away his faithful wife Eun-hye (Kong Hyo-jin (공효진) with his erratic behaviour, Min-woo attempts to track down the mysterious Mi-mi within the surreal landscape in order to unlock the story seemingly trapped within his subconscious. 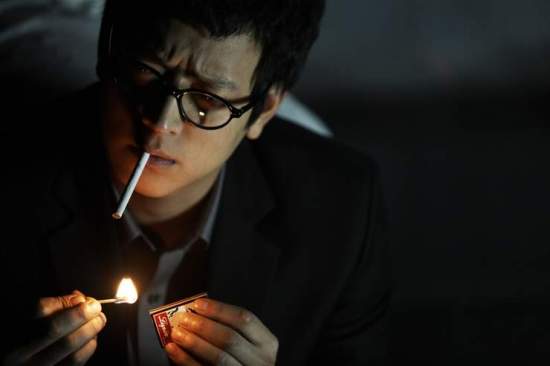 The visuals within M are astounding and a testament to the creative flair of Lee Myeong-se, who constructs and frames locations with phenomenal artistic skill. Each venue is masterfully created to portray the wildly different emotions within the subconscious of Min-woo. A street scene, which serves as something of a nexus point within the film, is constructed akin to a Parisian boulevard with the placement of sunlight and the camera filters working in conjunction to convey a beautifully romantic setting, emphasizing the purity of the love Mi-mi exudes despite her stalking. Conversely the employment of shadows and darkness adds genuine horror to scenes within Min-woo’s apartment as insomnia and nightmares take hold, while the alley leading to Lupin’s bar is reminiscent of Ridley Scott’s dystopian Bladerunner (1982).

Similarly the technical prowess within M virtually demands recognition for the innovations displayed. Camera angles and movements allow the audience to experience the disorientation felt by Min-woo, resulting in both having difficulty in perceiving dreams from reality. When Min-woo meets Mi-mi in Lupin’s bar their conversation alternates between moving and still images that capture the moments they share, as if being monitored as well as emulating photographs from a date. The meeting between Min-woo and his agent and later his father-in-law are absorbing as the camera zooms into a painting that emulates the restaurant itself; the painting-within-a-painting becomes a painting-within-a-film-within-a-painting becoming a wonderful visual device that expresses Min-woo’s confused perception.

The visual devices within M are highly innovative

The focus on artistic and technical merit results in lack of attention on the narrative itself, with the trajectory often not strong enough to link scenes and propel the film forward, instead relying on the suspense and mystery of the visuals to connect scenes. This is unfortunate as the narrative is highly compelling when given attention yet this occurs randomly and infrequently, detracting from the drive for resolution.

This criticism can also be applied to the performances of the central cast, often employed as a focus for the mise-en-scene rather than their acting ability. This particularly applies to Kang Dong-won as Min-woo, as his character is constantly a conundrum due to the various extremes of emotions that he portrays. As such it is problematic to form an empathic bond with him, made more difficult during moments of over-acting. Lee Yeon-hee however is incredibly endearing as Mi-mi, exuding innocence and demure femininity with confidence. Her stalking is cute rather than creepy through her wonderful mannerisms, and her battle with the shadows is full of suspense and horror. Despite the small screen-time given to Kong Hyo-jin, as Min-woo’s wife Eun-hye, she competently portrays an ignored housewife. 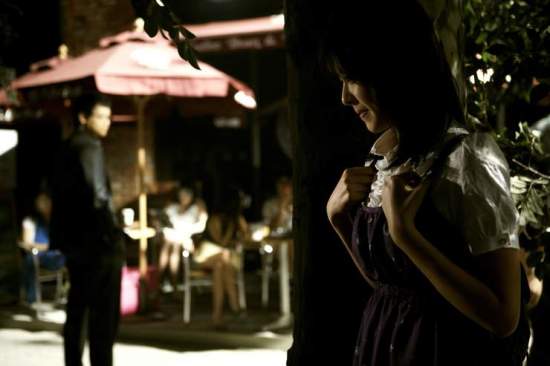 M will undoubtedly not appeal to fans of structured mainstream films, with its abstract exploration of memory, loss and identity. For those interested in more artistic and experimental filmmaking, M is a visual tour-de-force with incredible expression of colour and technical confidence. The poignancy of Min-woo’s journey through his subconscious is acute, and serves as a wonderfully thrilling and romantic addition to auteur Lee Myeong-se’s filmography.

For Korean cinema, 2019 was a year that saw the continuation of trends that have been readily apparent for the past several years - an increasing number of big blockbuster/commercially-orientated films with high production values, and the decreasing quality of creative, engaging, and memorable stories. That is not to say the talent has disappeared of... END_OF_DOCUMENT_TOKEN_TO_BE_REPLACED
2018 was quite a bizarre year for Korean cinema. The year began much like any other. The first few months of the year were typically dedicated to family-friendly fare. News of Korean films that were... END_OF_DOCUMENT_TOKEN_TO_BE_REPLACED
While the films released throughout any particular year are indicative of a country's identity, for Korean cinema in 2017 the exploration of political and social issues were especially revealing of the cultural shift that has... END_OF_DOCUMENT_TOKEN_TO_BE_REPLACED

Acclaimed actress Jeon Do-yeon is to be honoured at the 21st Bucheon International Fantastic Film Festival (BiFan) this year, in celebration of her 20 year career that began with Contact back in 1997. Entitled 'Contact, Jeon Do-yeon,' the special program is dedicated to the revered actress and will feature highlights from her incredible filmography, including Secret Sunshine... END_OF_DOCUMENT_TOKEN_TO_BE_REPLACED
Director Kim Jong-Kwan is well-known to fans of independent Korean cinema. A graduate of the Seoul Institute of the Arts, his short film How to Operate a Polaroid... END_OF_DOCUMENT_TOKEN_TO_BE_REPLACED
We are just one week away from the start of the 2nd Korea International Expat Film Festival (KIXFF).  Festival director Kevin Lambert took some time from his busy schedule to answer questions about the festival which... END_OF_DOCUMENT_TOKEN_TO_BE_REPLACED

Having a film selected to premiere at the Cannes Film Festival is an incredible achievement - having two is quite extraordinary. Yet that is precisely what director Hong Sang-soo has done, as The Day After (그 후) and Claire's Camera (클레어의 카메라) are due to be screened, with both films starring actress Kim Min-hee. Selected for the 'In Competition'... END_OF_DOCUMENT_TOKEN_TO_BE_REPLACED
The Villainess (악녀) has received an explosive trailer in the run-up to its debut at the Cannes Film Festival on May 21st. Appearing in the 'Out of Competition - Midnight Projections' program, writer/director Jung Byung-gil's latest... END_OF_DOCUMENT_TOKEN_TO_BE_REPLACED
Director Bong Joon-ho's Okja (옥자) is almost upon us. The highly anticipated science-fiction/drama is set to premiere In Competition at the Cannes Int. Film Festival on May 19th, before appearing on Korean cinema screens around June... END_OF_DOCUMENT_TOKEN_TO_BE_REPLACED